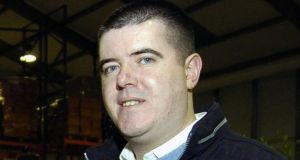 A former member of An Garda Síochána has been remanded for sentence on corruption and other charges after his legal team confirmed he has now resigned from the force.

Lawyers for John O’Halloran (46), confirmed to Judge Sean O’Donnabhain at Cork Circuit Criminal Court on Thursday that Mr O’Halloran had resigned from An Garda Síochána since his last court appearance.

Defence barrister, Siobhán Lankford BL said the matter had been adjourned to allow Mr O’Halloran resign from the force following his plea earlier this month to corruption and other charges

“It was listed today to clarify one issue. He has resigned,” Ms Lankford said, adding that she was not seeking any special reports prior to sentencing but she would be calling character witnesses.

Judge O’Donnabhain agreed to adjourn sentencing until February 26th and remanded Mr O’Halloran on continuing bail to appear again at the Washington Street courthouse on that date.

Earlier this month, Mr O’Halloran, who was based at Barrack Street Garda Station in Cork city, pleaded guilty to eleven sample charges from more than 200 charges when he was arraigned at the Cork court.

Mr O’Halloran pleaded guilty to three counts of corruption, one of making a gain by deception and seven counts of thefts on various dates between June 2009 and September 2015 in Cork.

The corruption charges relate to Mr O’Halloran corruptly obtaining cheques for €785.40, €1,994.56 and €949.24, which were all drawn on the UCC Students Union account at AIB Bank, College Road, Cork.

The corruption charges state Mr O’Halloran corruptly obtained the cheques as an inducement or as a reward for the provision of his services as a garda while already employed and paid as a garda.

Three of the sample theft charges relate to Mr O’Halloran stealing monies at AIB Bank, Western Road, Cork from the CIE Pension Scheme for staff between December 2011 and September 2014.

The deception charge relates to inducing a resident of Connaught Avenue in Cork in November 2013 to give him €5,500 by claiming he had got a tax bill for €11,550 from the Revenue Commissioners.

Mr O’Halloran claimed that the tax bill related to an offshore account held by his late father, Sean O’Halloran even though he knew that no such tax bill existed, the deception charge states.