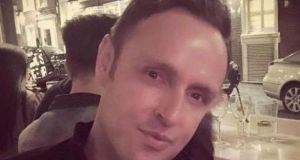 A man and a woman have been convicted of the first known murder in Britain using a poison known as “devil’s breath”.

Adrian Murphy (43), from Ireland, was found dead in his south London flat in June 2019 after being targeted by Joel Osei (25) via the dating app Grindr.

Mr Murphy, a champion dancer, was given the poison – also known as scopolamine – in a soft drink by Osei. Afterwards Osei and his accomplice, Diana Cristea (18) tried to buy more than £60,000 of valuables from a New York jeweller with Mr Murphy’s credit card.

Crispin Aylett QC, prosecuting, told Croydon crown court the drug was known as “devil’s breath” in Colombia and was said to be “popular with robbers and rapists” to incapacitate their victims.

A second man, a 40-year-old from Walthamstow, east London, was also targeted by the pair days earlier, but survived and helped police identify his attackers.

Osei used Grindr to lure the men into meeting him, intending to drug and rob them, believing they would be too embarrassed to tell the police. Cristea would be handed the goods to sell.

Pathological tests on MR Murphy, who was found dead in his Battersea flat on June 4th last year, identified the poison in his system and traces were found in a nearby drinks can.

CCTV caught Osei walking towards the property and, two hours later, leaving with a holdall full of stolen goods. Osei called and messaged Cristea 23 times while in and around the flat and later handed her a haul of laptops, phones, bank cards, a designer bag and wallet, and clothes.

The Walthamstow victim was also robbed. Police found items belonging to him and Mr Murphy at Cristea’s address in Tottenham, north London.

Scopolamine, which is derived from nightshade plants, has been explored by the CIA for its possible use as a truth serum.

DCI Robert Pack, said: “In a callous and calculated plan to make what he saw as easy money, Osei engaged with his victims on a social networking app with the intention of stupefying them with a powerful drug and stealing their valuables – Osei’s indiscriminate use of a drug he knew to be dangerous led to the tragic death of Adrian Murphy. Although scopolamine is known to be commonly used in other parts of the world to facilitate crimes, we believe this is the first scopolamine-related homicide in the UK. “

Mr Murphy’s brother Robert said: “Adrian brought the love and art of dance to thousands of young people all over the world. He was an inspirational Irishman, who was a gifted dancer and choreographer. Our family are heartbroken.”

Osei and Cristea face mandatory life sentences. They are due to be sentenced at the Old Bailey on December 14th.

Pack added: “We have worked closely with a whole host of partners in the charity sector and LGBT+ community to help us with our understanding of the complexities of this case and reassure those who may have been affected by these incidents. We want to make sure that anyone who may have suffered the same way knows how to get help and what support is out there.” –Guardian