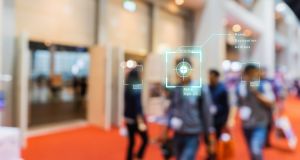 Because of new technologies, “we are all monitored and recorded every minute of every day of our lives”, a conference has heard. Photograph: iStock

Ireland should introduce stricter protections to save people from the “depredations” of facial recognition technology, a conference in Dublin has heard.

The unprecedented extent of mass surveillance and the growing autonomy of artificial intelligence from human oversight, are creating new legal challenges for society, Dr John Danaher of NUI Galway told a conference organised by the Law Reform Commission.

Because of new technologies, “we are all monitored and recorded every minute of every day of our lives,” he said, and this was putting pressure on the concept of privacy.

Privacy and technology in the digital era is one of the topics that the commission is researching as part of its fifth programme of law reform. The commission is a State body that advises the Government on changes to the law.

The potential of facial recognition technology to be used by oppressive governments and manipulative corporations was such that some observers have called for it to be banned. The suggestion should be taken seriously, Dr Danaher said.

The technology is “like a fingerprint of your face”, is cheap, and “normalises blanket surveillance”.This makes it “perfect” for oppressive governments and for manipulative corporations.

While the EU’s GDPR laws on the use of data applied here, Dr Danaher said Ireland should also introduce domestic law “to save us from the depredations of facial recognition technology”.

As well as facial recognition technology, he also addressed the conference about “deepfake” technology, which allows for the creation of highly convincing fake video content, and algorithms that assess risk, as other technologies that are creating challenges for the law.

In the US, the use of algorithms to predict a person’s likelihood of re-offending has raised significant concerns.

Moyagh Murdock, chief executive of the Road Safety Authority, said that disputes at European level over how the term “driver” might be re-defined were one of the issues raised by the development of driverless cars.

We are “now on the cusp of driverless cars” and this will affect the meaning of the word “driver” in our road traffic laws.

While at EU level this was something that it was felt might be resolved “by 2050”, manufacturers would like driverless cars to be sanctioned in the next twelve months, “for testing at least”.

What is likely to be developed will be “supercomputers on wheels” rather than cars in the traditional sense. The data that the vehicles will be collecting will be a “new gold”.

Among the data to be collected will be what journeys people tend to make a particular times on particular days, and where they have been. This could create challenges for “marital harmony” as well as for the law, she said.

The ownership of the data that will be collected by cars will have to be legislated for, as will right of access. She said computerised cars will have a “black box” that will contain a lot of information about collisions, but again oversight will be needed as to the use of this technology.