Bullying expert claims he was harassed in his job by university 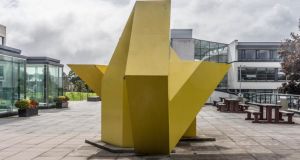 Prof Keith Sullivan has taken a case to the Employment Appeals Tribunal over the refusal of NUI Galway to grant him an extension to his employment after he reached his 65th birthday. Photograph: William Murphy at flickr.com/photos/infomatique

An international expert on bullying has himself claimed to be a victim of bullying in his job.

Prof Keith Sullivan has taken a case to the Employment Appeals Tribunal over the refusal of NUI Galway to grant him an extension to his employment after he reached his 65th birthday.

His legal team told the tribunal in Galway yesterday such extensions were “habitually” given to other professors when they reached 65.

NUIG said such extensions apply only when a professor reaches 65 during an academic year and cannot be expected to walk away from his teaching duties or his involvement in a significant research project.

The former registrar Nollaig MacCongháil told the tribunal the university had not been able to contact Prof Sullivan to discuss his request for an extension and it had no evidence he qualified for the extension under the criteria.

At the start of the hearing the tribunal was asked to deal with a preliminary issue over what constituted “normal retirement age”. It heard that Prof Sullivan had applied for a year’s extension on August 13th, 2013; his 65th birthday fell on October 11th that year.

A lawyer for Prof Sullivan said such applications were “habitually granted” to her client’s professor colleagues. Prof Sullivan had applied for the additional year because he had fallen 13 weeks short in the requirement for his entitlement to a State pension. His union, the Irish Federation of University Teachers, had taken up his case and his lawyers had written to the university.

It alleged he had suffered loss, injury and damage and had been “bullied and harassed”. It indicated Prof Sullivan was about to be removed from his office in a manner that was “degrading”.

NUIG rejected the allegations in a letter of reply, the tribunal heard. Mr MacCongháil told the tribunal of his frustration at trying to find out exactly what work Prof Sullivan was doing, as he had not been teaching for some time prior to reaching 65 and was not engaged in any significant research or administrative duties.

Mr MacCongháil said: “Prof Sullivan was exceptional in his employment. He was conducting no teaching in the university. He was not located in the heart of the institution and he was not participating in group research.”

If he was on the campus he would have regularly seen him coming and going and would have expected to have been given a breakdown of the work of somebody earning €140,000 a year.

“He was apparently preparing a magnum opus, a very large book, but I could see no evidence of this. The reason I was given was that he was afraid of copyright theft, apparently that I would take it myself and run down to Gill & Macmillan.

“But nothing appeared. He said that he would be ashamed to show me the 22 chapters in the form that it was. There should have been no reticence; it was a very simple ask. I wanted something concrete”.

The hearing was adjourned.