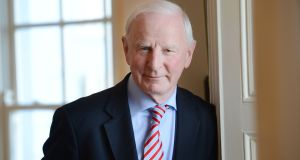 The supreme court in Brazil appears to have cleared the way for a hearing of proceedings involving Pat Hickey, former president of the Olympic Council of Ireland, and Kevin Mallon, a director of sports hospitality company THG.

Clarification of the court’s ruling last week is being sought by Mr Mallon’s lawyers, who say the case should not proceed pending that.

Mr Mallon and Mr Hickey were accused in Brazil in 2016 of a range of offences, including ticket touting for the Rio Olympics. Both say they are innocent of any offence related to ticket sales.

Mr Mallon, who was arrested on the eve of the Olympic Games in Rio, and his lawyer Franklin Gomes have alleged impropriety in the handling of the case by local courts and maintain due process was ignored in initial phases of the case.

Last week, a claim for habeas corpus lodged by Mr Mallon’s lawyer in the Supreme Court of Justice in Brazil, alleging impropriety in the accusations against his client, was denied by a panel of judges in the Brazilian capital city Brasilia.

The supreme court previously granted an injunction suspending a late 2017 hearing in Rio, during which Mr Mallon and Mr Hickey were expected to testify, pending a decision on the habeas corpus issue.

The two men had been scheduled to attend an “instruction and judgement” hearing in Rio, originally planned for late November 2017, where a judge would hear witnesses for both prosecution and defence.

Both were legally obliged to attend the hearing as part of bond contracts signed by each in order to have their passports returned, enabling them to leave Brazil in December 2016.

‘Lack of just cause’

Mr Gomes has repeatedly alleged a “lack of just cause” and has since 2016 lodged several habeas corpus claims locally in Rio, and eventually to the supreme court in Brasilia.

An injunction suspending the hearing of Mr Mallon’s case was granted just weeks before the 2017 hearing was scheduled and the same suspension was extended to the case of Mr Hickey.

This meant neither man had to travel back to Rio to testify at that time and the hearing remained on ice pending a formal supreme court decision on the habeas corpus issue.

On September 3rd, judges decided to deny the claim for habeas corpus, essentially deciding to send the case back to Rio to proceed.

Mr Gomes has made submissions to block this decision. He maintains that versions of events that allegedly took place around the Olympics are incorrect .

The Brasilia decision has not yet been referred back to the courts in Rio. The Rio Court of Justice said: “The action was suspended, awaiting the judgement of an appeal by the Supreme Court of Justice. When the decision is communicated, the judge will proceed with the action.”