Why is it so difficult to get travel insurance with a cancer diagnosis?

Pricewatch: ‘Travel insurers are being violently discriminatory to thousands of Irish citizens’ 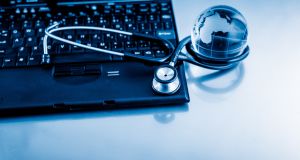 When looking for travel insurance with a cancer diagnosis, most insurers simply say no. Photograph: iStock 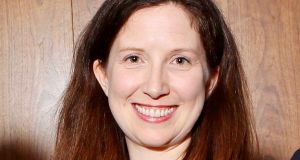 Sarah Fitzgibbon: Having a pre-existing condition is ‘like admitting to having a criminal record for liquidising cats, or something’.

Last week we devoted the full Pricewatch page to the issue of travel insurance. Over the course of more than 2,000 words we thought we had all the bases covered. There was one base we didn’t even get close to. By coincidence, the day before the piece appeared, we were contacted by someone who sent us a link to a blog post she had just written.

“Good morning. Rant time,” started Sarah Fitzgibbon’s message to us. “Here are my thoughts on insurance companies – specifically the mass discrimination of those of us with serious health conditions who would like to go on holidays please.”

We believe Sarah’s thoughts deserve a wider platform and, with her permission, are reproducing the blog post in full.

“I won’t pretend that I have ever been a huge lover of insurance companies. I have been known to raise my voice somewhat when they are mentioned and, occasionally, if my kids are not in earshot, use a profanity or two when referring to their latest swindle/shakiness/incompetence/general take-your-money-and-leave-you-for-dead attitude.

So to say that I have form when it comes to complaining about insurers would be fair.

What isn’t fair, in my opinion, is that businesses that provide travel insurance in Ireland are being violently discriminatory to the thousands of Irish citizens who are now – gulp – survivors [kills me to use the word, but there it is].

We would like to get away from it all. We would like to dip our chemo-banjaxed toes into the warm waters of the Caribbean. We would like to swoop and shriek on Disney-fied rollercoasters with our delirious children. We would like to take a big red marker to our bucket list and marvel at the Northern Lights, or track Tom Waits down in some dingey SoHo dive, or do the backstroke in the Canadian lakes. Or whatever the f*ck we are physically able to do, because, well, you know, dying an’ all.

I’d almost actually prefer if it was leprosy that I had, because then being treated like a proverbial leper would at least make sense

And yet if we dare to take ourselves off on a plane to another country, the very kind people who very kindly sold us that lovely cheap multitrip travel policy, or the other sound folks who sold us that pretty hefty health insurance policy, will turn around with an appalled hand-over-mouth look if we tell them that we have a pre-existing condition.

It’s like admitting to having a criminal record for liquidising cats, or something. You know, I’d almost actually prefer if it was leprosy that I had, because then being treated like a proverbial leper would at least make sense.

Most insurers simply say no.

“I am sorry, but we are unable to provide a quote in these circumstances.”

“We are not in a position to provide cover given the information you have submitted.”

I get that there are formulae. I have a vague understanding of risk stratification and actuarial calculations, and whatnot.

But I suspect, strongly, that these calculations are based on very old medical data, when, yes indeed, anyone with my kind of cancer would be travelling nowhere except in a nice shiny hearse.

The UK companies seem to have been able to adjust their figures, and a number of different firms now offer relatively reasonable rates for single and multitrip policies for patients who are in the middle of chemotherapy or who have been given terminal diagnoses.

They are unable, or unwilling, to cover people who are not resident in the UK. Now, I don’t know much about this kind of thing, but as we are still pre-Brexit, are there not some kind of EU agreements about this stuff? Also, if the insurance you are selling is specifically for someone who will be somewhere other than their home country, surely it shouldn’t matter where their journey started?

I have heard of two women, with almost identical stage 4 diagnoses, who both applied for travel insurance for a single trip. One lady lives in the UK and was travelling outside of the EU, and the other lady, who lives in Ireland, was taking a trip to Spain and has an EHIC card.

The British lady’s disease has, on paper, a worse prognosis, and her treatment plan is one with slightly more risk of side effects. They both declared all of their medical information and disclosed every bit of detail about their condition that was requested.

I am looking forward to travelling to New York city (my first time there!) in July. However, all of my planning and preparing for the trip has been slightly marred by the fear of the dreaded US medical system, where I will be bankrupted if I cough funny and someone foolishly calls me an ambulance. I will need the equivalent of a DNR sign around my neck, except it would say “Do Not Treat At All, In Any Circumstances, I Can’t Afford It.” (DNTAAIACICAI doesn’t really have a great ring to it, though.) I did look into maybe getting some insurance, though I knew it was going to be a long shot.

Some 22,000 people a year are diagnosed with cancer in Ireland. The Irish Cancer Society quotes a figure of a one-in-two lifetime risk. This encompasses a broad range of diagnoses and prognoses, and many of these people would not be deemed to be “high-risk” travellers.

But many more would be, especially those who have received their treatment within the past five years. The insurance companies are excluding themselves from a massive and growing market, based on outdated statistics and old-fashioned attitudes to stage 4 cancer.

I am the last person to advocate on financial services’ behalf, but I strongly feel that they are missing a lucrative commercial trick here. And we all know that that is their favourite kind.”

Rather than leave it at that, we also got in touch with several of the leading travel insurance providers operating in Ireland to see what they had to say in response to Sarah’s post.

The VHI said its multitrip products allowed customers with pre-existing medical conditions to travel anywhere in the world provided that their private health insurance plan had overseas cover of €65,000-€100,00 and their pre-existing medical condition was covered under the terms and conditions of their private health insurance plan. It said it did not provide cover for anyone who had received a terminal prognosis.

Blue Insurance, which sells travel insurance through the website Multitrip. com, said people with a pre-existing condition or taking medication would “phone our medical screening line to conduct a screening if you wish to have cover for your conditions”.

A spokesman said there were “key exclusions within this section and some of them may relate to Sarah’s case below. If any of the following exclusions did apply, then we could not cover her on our Multitrip or Blue brands for any claim related to her condition.”

He said that while its main brands “do not specialise in the area for which Sarah appears to be looking, we do have a brand cleartotravel.com that would operate in this space... and would use the latest rating methods in order to price the policy appropriately to the level of risk”.

He added that the brand allowed a fully online declaration process and had a dedicated Irish number to get a quote over the phone.

A spokeswoman said: “If the member has their health insurance with Laya Healthcare, they may be covered for emergency medical treatment while abroad.”

She said if a member was taken ill or had to seek emergency medical treatment abroad, “they will be covered under their health insurance policy up to a cost of €100,000. This includes members with a cancer diagnosis, once they’ve been given a ‘fitness to travel’ certificate from their attending GP and are not currently undergoing treatment for their illness.”

We sent the responses to Sarah, who described the phrase “Not currently undergoing treatment” as a “tricky one”. She points out that many stage 4 cancer patients such as her are alive because of new treatments and will be on them for life. She also describes as tricky the “terminal prognosis” references. “I have never asked for a prognosis because I knew enough myself at diagnosis that it was not good. She did contact VHI after reading their response and was initially offered cover – on the basis that she has health insurance – but hours later the offer was rescinded.