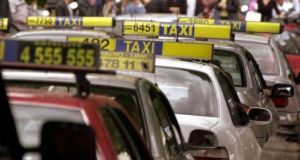 The increase was passed by the National Transport Authority at a board meeting last September due to rising costs of running a taxi.

Taxi fares across Ireland will increase by 3.2 per cent today.

The increase was passed by the National Transport Authority (NTA) at a board meeting last September due to rising costs of running a taxi.

Anne Graham, chief executive of the NTA said it undertakes a survey of drivers and consumers together with a review of any change in the cost of operating a taxi service every two years.

Irish taxi app Lynk said many drivers say the “small increase” will not be enough to offset increased insurance, tax and fuel costs.

The company said taxi drivers had to pay around €200 in operational costs to recalibrate meters to align them with the new fare system.