Refund policies drive customers to the point of no return

Readers’ queries: What are my rights when bringing back unwanted or faulty goods? 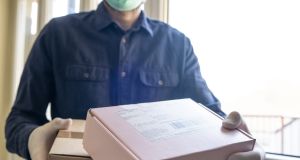 Getting a refund for returned goods was far from straightforward for three readers. Photograph: iStock

Returns were on the minds of several people who got in touch with us last week.

A reader called James Larkin has been annoyed by Power City. On the first Sunday in October, just after 4.30pm (the time will matter later), he bought a set of earphones from a branch of the retail chain in Dublin.

“Since I was unsure of the length of lead needed and in conversation with the salesman, I also took an extension lead which he said I could return if not needed.”

It turns out the lead was not needed and the following Thursday, when he was in the area he returned the unopened extension cable but was told he was only entitled to as store credit since he “had not brought it back the same day”.

James queried this and was told first that the condition of return was “on the receipt”, that “it’s only for €4.95” and “it’s our policy”.

Our reader then looked at the receipt and accepted that it does say, “Returns/ exchange within 28 days will be offered store credit. Box unopened and receipt required. (Excludes laptops, mobile phones and software). Refunds where applicable will be by cheque in post.”

He says the rule is “clear enough, I suppose, but who reads the small print on a receipt in these days when most retailers don’t bat an eye at making a refund onto a credit card, when that is used for payment? Neither the salesman nor cashier drew my attention to their ‘policy’ and if the store was closing at 6pm on Sunday I would have been hard pressed to get home, check out the length of the earphone cable and be back in the store to get my refund.”

He says that it is a small amount but, “if it had been the full €15 or indeed a more expensive item I think I would have every right to be angry at this sleight-of-hand ‘policy’ and I would probably not be troubling you with this if the staff had been more customer-friendly. My query is this: is this in line with consumer protection law/the right to a refund? Is there an onus on the staff – or on the management to train the staff – to explain to customers this ‘policy’ which seems to be out of step with the policies of most retail outlets, in my experience”.

Our reader’s annoyance is hard to miss but here’s the thing. There is no law that will offer comfort to our reader, as Power City is not obliged to give him any class of refund – either in cash or credit – for returning a product unless there is something actually wrong with that product. Having said that, the first person who served our reader could have made the rules clear or at least stressed that if he did not return the product within a day he would only be in line for a credit note.

We have a not-unrelated query from a reader called Kerry.

So far, so good. But then last week the “plastic casing on the cable frayed, exposing the wire and making the product dangerous. This is a fault with the product. I have had similar phone chargers for two and three years and this issue has not arisen”.

Our reader’s carer attempted to return the item. “She was told that the item was not faulty and that she was not entitled to a refund as it was outside the 28 days. I then attempted to return that item in person and asked to speak to a manager,” Kerry says. “I have a receipt which shows proof of purchase, purchase date and should act as the warranty. I also brought another phone charger I have had for over 2 years which shows no wear and tear to demonstrate that I am capable of using a phone charger correctly. I pointed out that the item was faulty. That it has been used correctly and should not break in this way. I pointed out that the item was under warranty. I pointed out that consumer law states I am entitled to recourse for faulty goods.”

She says what followed was “a discommoding conversation” after which “the reply I got can be summed up as followed: Tesco policies are being followed correctly in refusing me a refund on the phone charger. Chargers can not be returned unless returned within 28 days. (I was not given a copy of these policies even though I asked.) Juku chargers do not have a warranty. There is no warranty on my purchase. As other people lie and say they used an item correctly when they didn’t, I am not entitled to a refund (this is a word-for-word quote). Tesco policies override consumer law”.

She was perplexed to be told Juku items did not have a warranty, “when their website clearly states Juku products carry one-year to two-year warranties. I was also perplexed to be told consumer law doesn’t apply. I phoned Tesco customer service who apologised to me for my experience and told me I was entitled to a refund. But to progress this I [was told I] had to return to the store and complete an S11 form and that it was not possible to send me either the Tesco return policies or the S11 form.

“My understanding is that under consumer law my relationship is with Tesco as the retailer. Not with the manufacturer. So why am I being told the item needs to be returned to the manufacturer before I can get a refund? Surely Tesco should issue the refund and then follow up in any way they wish regarding the fault? And why can this not be done through the post? I am meant to be cocooning and minimising my interactions. Why are Tesco insisting I go back to the same store in person again?”

In a statement Tesco said: “Thanks for flagging this complaint. Tesco has a 30-day returns policy on general merchandise products. However, given the customer’s experience on this occasion we are happy to refund or replace the product to the customer’s satisfaction. We have contacted the customer to arrange this to be carried out as soon as possible and we have apologised for the inconvenience caused.”

And finally, there was Emma. She bought a smart watch in Argos last week. “As I was unsure of sizes I reviewed returns policy in advance and saw that non-faulty items can be returned as long as they are “unused, in its original packaging and in a re-sellable condition”. On opening the product I could instantly see it was too big. I didn’t turn it on and closed the box,” she writes.

“There was no option to open the box without breaking the seal, which states ‘do not give clear receipt unless contents are examined in presence of delivering agent’. Argos are refusing refund based on data protection regulations despite the watch not being turned on/plugged in. Aside from the seal, the product is as purchased. I understand that as the goods aren’t faulty I am essentially relying on goodwill from a consumer rights perspective but, based on Argos returns policy, should I have any rights? I had planned to exchange for more expensive products.”

We got in touch with Argos and were told that “some items, such as smart watches, can only be returned if the original packaging remains sealed. This is stated in our returns policy but on this occasion we have arranged a full refund as a gesture of goodwill”.

Boy who was knocked off scooter while playing settles action for €71,000 17:28
Public health doctors overwhelmingly back strike action over pay and contracts 17:19
Hotels, retail, hairdressers, gyms, churches to open next Tuesday, followed by restaurants and gastropubs on Friday 17:15
Black Friday ‘represents the worst of human nature’ says Waterford retailer 17:12
Exiting Level 5: What will reopen and when will it happen? 17:11