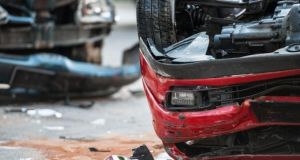 Ireland moved to fourth place in the EU’s rankings for road safety last year, up one place on 2016, new figures show.

It said the implementation of improved legislation, such as new drug driving laws, greater traffic law enforcement activities and road safety campaigns played a part in reducing the number of overall road deaths.

“The progress we made in 2017 which saw a reduction in both fatalities and serious injuries on our roads is to be welcomed, however... this is a gain that is too easily lost,” said Ms Moyagh Murdock, CEO of the Road Safety Authority.

She said that “Ireland is still a long way off achieving its road safety targets”.

There have been 14 deaths on Irish roads this June, bringing the total number so far this year to 76.

Moreover, the authority estimates that in recent years there is an annual average of 7,800 road traffic injuries on Irish roads.

Minister for Transport Shane Ross said recent initiatives and legislation have been key to reducing death and serious injuries on our roads.

“The Bill I am currently taking through the Oireachtas will build on these safety initiatives by ensuring that every person caught driving above the current alcohol limit will receive a disqualification”.

Mr Ross said the bill was “being seriously jeopardised by a very small cohort of politicians who are engaged in the most cynical form of filibustering.

“Meanwhile people are dying on our roads. I appeal to their humanity if not their political solidarity and ask them to please desist and allow this Bill to pass.”

The ETSC has set Ireland a target of a further 22 per cent reduction by 2020, which would mean 124 road deaths or fewer in that year.

Norway and Sweden are the safest countries for road users while Romania and Bulgaria have the highest rate motoring mortality.

The 500 road deaths which take place in the EU weekly is equivalent to two typical passenger airliners crashing without any survivors, the report says.