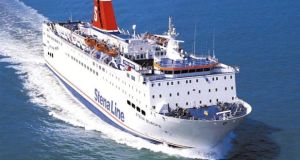 The new vessel being deployed on the Dublin-Holyhead route will have capacity for 1,000 passengers, 120 cars and 3,100 freight lane metres

Stena Line has shown confidence in its Dublin-Holyhead route with the first of its new ferries under construction in China due to enter service on the route in early 2020.

Last year the ferry operator announced a build contract for a new generation of RoPax ferry vessels, Stena E-Flexer, with planned deliveries during 2020 and 2021.

Stena Line has ordered the construction of six new vessels from the AVIC shipyard in China, and the plan is to locate three of these ships on its Irish Sea routes.

The other three will be chartered to external parties by Stena Line’s sister company, Stena RoRo.

Earlier this week, Irish Ferries was forced to cancel some 6,000 bookings due to a delay in the delivery of the new WB Yeats ferry by German shipbuilder FSG.

Its handling of the cancellation of all its summer sailings on the new WB Yeats ship from Dublin to France was criticised by customers who say they have had difficulty getting through to its helpline.

Almost 20,000 people who were due to travel on the WB Yeats ship between July 30th and September 17th learned on Tuesday that they would have to make alternative arrangements.

“We are confident that this upward trend will continue. Last year was a record year for Stena Line in the Irish Sea, where we carried over 800,000 freight units on our routes to and from the island of Ireland,” said Mr Davies.

“We welcome the addition of the first of our new generation RoPax vessels on Dublin-Holyhead. It will significantly increase freight capacity and raise the service standards for travel and freight customers,” he said.

The new vessel being deployed on the Dublin-Holyhead route will have capacity for 1,000 passengers, 120 cars and 3,100 freight lane metres, delivering four daily sailings with an estimated crossing time of about 3.5 hours.