Salad cream: Looking for the best value (not the healthiest) 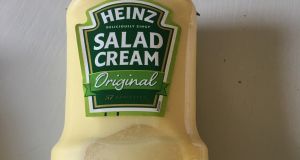 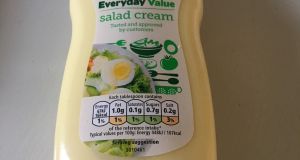 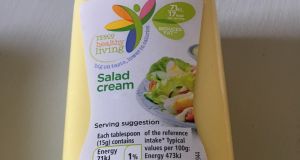 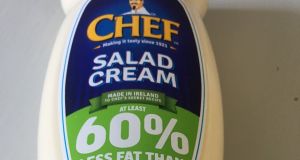 Pricewatch was absolutely outraged when we heard the news last week that Heinz was considering changing the name of its salad cream to sandwich cream after 104 years on the basis that hardly anyone uses it on salads. Truth be told we haven’t used it on anything for decades and it is unlikely we would have even considered salad creams for review without the headlines the proposal made. The first taste sent us spiralling back in a pleasingly Proustian fashion to an unfashionable 1970s childhood when there was nothing so fancy as mayonnaise to be had. We had forgotten how pleasant it is in a sandwich -although we can’t really imagine drowning our salad in it. So maybe the Heinz people have a point. And speaking of points, the price point is a bit offputting.

So, salad cream is health now, is it? Well it is if this bottle is to be believed. We were most unimpressed by this slightly yellow salad cream. It is not that it tastes bad – it doesn’t; and it is not that its price was totally out of line with the competition – it wasn’t. But after buying and trying this salad cream we couldn’t escape the feeling that we had been ever so slightly had by the marketing people.

Verdict: Hang on a second...

We don’t often include two versions of a product from the same company but we felt compelled to include Tesco Value range which is nearly three times cheaper than its Healthy Living range. When we looked at the calories, sugar, fat, and salt content of this product we were amazed to see that in virtually all those categories it fared equally well – and sometimes better – than the Healthy option. It has slightly fewer calories, the same level of saturated fat, significantly less sugar, slightly more fibre – although no-one would suggest salad cream should be a key fibre source – and slightly less salt than the Healthy Living option. We also liked its no-nonsense, old-school taste. It is not often that the really cheap option finishes top of the pile. But this time it does.

Chef is an Irish-made product and for that it gets at least one extra star. It is very creamy and has a rather brilliant vinegar kick to it. It compliments all sorts of sandwiches and a lettuce leaf is quite nice when dunked in it. We made the mistake of looking at the ingredient list and were alarmed to see how much sugar, fat and salt was in the mix. Mind you, it’s not like it ever claimed to be healthy.