Great Irish brands: readers take us to task for those we missed

Among those we didn’t mention were Chef, Baileys, Aer Lingus and a certain newspaper 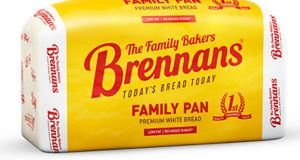 “How could you miss Chef sauce? McCarren’s sausages? Cavan Cola? And Emerald sweets,” John John McEntee demanded to know after he read our list of beloved Irish brands.

He wasn’t the only person to get in touch, not by a long shot. Paul Eustace wanted to know “how on earth did you miss black pudding, also Denny’s sausages and rashers. Others are Chivers Old Time Irish Marmalade and Paddy whiskey/Powers whiskey”.

“What happened to Baileys Irish Cream? Massive brand,” wrote Monica Murphy. “I travel all over in the wine business and it is in every small bar right across the world. Even in the wilds of Indonesia. ”

She added two other “small but important brands in their reach to top restaurants” that we missed. There was “the Gubbeen brands (cheese, charcuterie, salads, knives) from the Ferguson family and, rising fast, Birgitta Curtin’s Burren Smokehouse salmon. All up there with the marvellous Glenilen. Cashel Blue too. And when my girls were abroad there was always a call on Dunnes Stores knickers along with Taytos and Barry’s tea. Nowadays I visit my Italian grandchildren armed with Dubliner Original White cheese.”

“I’d like to add Aer Lingus to your list,” said Frank Copeland. “I do this on the basis that whatever airport one might find themselves in throughout the world, there’s nothing like the tail shamrock and emerald green fuselage emblazoned with a saint’s name to remind us of home. More seasoned flyers will remember the days of deeper patriotism when it was called ‘Aer Lingus Irish International. ’ ”

Geraldine Gahan took exception to our suggestion that Avoca must surely be the oldest business in Ireland still operating, having started in 1723. “I must point out that Avoca are mere toddlers compared to Rathbornes, who have been making candles in Dublin continuously since 1488. That’s some lineage!”

Luke Smallman said he and his wife “might never have got together in the 1990s without Ryanair, but now we prefer Irish Ferries. Driving to Holyhead and sailing on the Ulysses or the Swift has become our preferred route ‘home’. The Ulysses is a magnificent ship, one of the largest car ferries in the world. She has never been cancelled due to bad weather and holds a Guinness World Record for the most reliable ferry.”

There was also love for Brennans Bread and Bewley’s and McCambridge Bread.

But, because we are utterly shameless, we are going to give the last word – for now – to Patricia Gallagher. “When I was 6½, I came home to Co Cavan after three months in hospital in Dublin. While in hospital, I got many postcards, which the nurses read to me, teasing me for not being able to read them myself. (I could read print a bit, but not handwriting.) Anyway, I was so disgusted at not being able to read that once home, I got on the dining room floor with The Irish Times, and a month later I could read – so my mother told me much later. So more than 70 years later, I still read The Irish Times every day from the front page right through to the crosswords and the sudoku. A record, perhaps? Definitely a great Irish brand, in my book! Wouldn’t you agree?”

5 Donnelly admits unlikely 700,000 people will be vaccinated by end of March