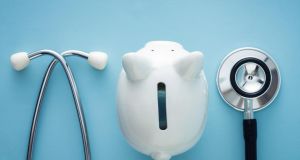 Reader has been a member for 22 years and changed her policy before her renewal due last August. Photograph: iStock

A reader called Rosemarie got in touch in connection with Vhi.

“I have been a member for 22 years and I changed my policy before my renewal due last August,” she says. “I discussed this with a customer service rep from the Vhi in July 2019 and was happy to go onto this policy as it covered my closest private hospital the Bons Secours Tralee, the only private hospital in the county,” she said.

Our reader subsequently used her cover when she was having her wisdom teeth removed in the hospital last October. “My policy was renewed again on August 1st. I stayed on same policy but I did not discuss this with the Vhi prior to renewal as I was happy with my level of cover.”

She says there was no issues “until last week when I received a letter from Vhi (following a claim submitted by the Bons Tralee on my behalf for day case procedures) to say the Bons Secours Tralee was not covered on my plan. I am now faced with a bill between €1,000 and €2,000 for a couple of tests and procedures carried out.”

She says she understands that the policyholder “is advised to call Vhi prior to any procedure, which unfortunately I did not do on this occasion. However, I am very unhappy with customer service from Vhi”.

She says she contacted the company by phone after she got the letter and the company confirmed that she was no longer covered for Bons Tralee. “They advised me to write an email to head of customer service which I did. I received a reply to say there was a ‘

miscommunication’ and that I was covered for the Bons Tralee. I emailed again, due to the conflicting responses , and received an email yesterday to say I am not covered.”

She wants to know why Vhi had given her contradictory responses and how customers are notified if Vhi makes changes to hospitals covered on a policy as happened – or did not happen – in her case. She also would like to know where on her policy documentation is there a list of hospitals covered by her policy. “I have viewed my documents several times and am unable to find this list,” she says.

She sent us the two pieces of correspondence from the company, one of which says her claim was not covered and another which said her claim was covered with an excess of €75.

We got in touch with the Vhi and a spokeswoman confirmed that the plan our reader is on has no cover for Bons Hospital in Tralee. She said that the company would “like to move her to a plan that has cover for the Bons Hospital in Tralee as clearly this is a priority for her . We did write to her prior to her renewal on August 1st and told her that her current plan no longer provided cover for the Bons Hospital Tralee and at that time we suggested an alternative plan for her and asked her to contact us. We are anxious to resolve this for her and put her on a plan that will cover her for this hospital.”

The spokeswoman apologised “that she was given incorrect information when she contacted us about her current claim. We will put this right for the customer once we can get the opportunity to speak with her”.