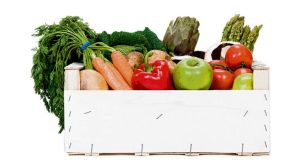 The horse meat scandal has exposed widespread food fraud. But it’s not new, it’s not confined to the meat business, and it will always be with us

Most people thought we were entering uncharted territory when it emerged that horse meat had been found in burgers and other beef products. But there was a sense of deja vu for anyone who remembered the Australian meat scandal of 1981.

It was revealed by an alert food inspector in San Diego who thought that three frozen blocks of Australian beef looked darker and stringier than they should. His instinct was right: it emerged that horse, donkey and kangaroo meat, masquerading as beef, were being exported to the US.

Papers released last November after a 30-year freedom-of-information battle by the journalist Jack Waterford showed that the scandal was bigger than originally thought, with meat destined for pet food being sold for human consumption.

“The flesh of donkeys, goats, kangaroos, buffaloes and horses, killed in the field and without regard to any consideration of hygiene . . . was used indiscriminately to produce food for human consumption,” said an appendix to a report into the issue.

So food fraud is nothing new. Nor are the jokes. We thought our horse-burger quips were hilarious, but US comedians had audiences rolling in the aisles with their Skippy-burger jokes back in 1981.

“Food fraud has been with us since God was a boy,” says Prof Alan Reilly, chief executive of the Food Safety Authority of Ireland (FSAI). “Our earliest food legislation came from the idea of food fraud: people adding ingredients like chalk to flour and watering down milk.”

Research published last year in the Journal of Food Science, led by Dr John Spink of Michigan State University, found that the ingredients most likely to be adulterated were olive oil, milk, honey, saffron, orange juice, coffee and apple juice.

In December, a joint Interpol-Europol operation seized more than 135 tonnes of potentially harmful fake and substandard food and drink products in 29 countries. (Ireland was not part of the operation.) Products seized included coffee, soup cubes, truffles and caviar.

Known as Operation Opson II (opson is the ancient Greek word for food), it resulted in the recovery of more than 385,000l of counterfeit liquids, including vodka, wine, soy sauce and orange juice. Officers also seized fish, seafood and meat declared unfit for human consumption, as well as fake chocolate bars and condiments.

According to Interpol, consumers buying these illicit goods may be risking their health while criminal networks producing them make millions in profits that can be used to fund activities such as human and drug trafficking. In many cases, the quality of the packaging of the fake food and drink is very convincing.

This is particularly the case with fish, according to Prof Reilly. “Unless you have a trained eye, you wouldn’t be able to tell cod from coley.”

A survey of fish by the authority in 2011 found that almost one in five products was labelled incorrectly. Of the 111 samples analysed, almost a fifth were labelled as cod when in fact they contained cheaper fish, such as pollock or smelt.

Take-aways were the worst offenders with almost a third of fish on sale mislabelled. Another investigation involving genetic testing found that wild salmon was actually farmed salmon.

This may sound familiar: more than 10 years ago, the authority took 30 samples of chicken fillets imported from the Netherlands and found foreign DNA in 17 samples. Seven contained DNA from cattle, seven contained pig DNA, and three chicken samples contained both cattle and pig.

Another investigation by the authority found that five out of 20 randomly selected Irish honeys were not Irish. How could it tell? The pollens found in the honey came from plants such as eucalyptus and echium – plants you wouldn’t expect to see in Irish gardens.

Eating Chinese honey when you believe it to be Irish honey is not going to kill you, but some cases of food fraud have involved multiple deaths. The Czech Republic is still dealing with the fallout from last year’s contamination of alcohol products with industrial methanol. It was blamed for about 40 deaths in the Czech Republic and elsewhere.

The counterfeit vodka and rum was sold in markets, restaurants and pubs and led to a ban on the sale of drinks with an alcohol content above 20 per cent.

In a scandal in China in 2008, melamine in infant formula killed at least six babies and sickened hundreds of thousands. The chemical, which causes kidney stones in young children, was added to milk to artificially enhance protein readings.

In an attempt to identify problematic food ingredients, the US Pharmacopeial Convention has set up a database – foodfraud.org– that gathers incidents of food fraud from all over the world. Its records show cases of melamine adulteration dating back to 1979, so if the database had existed earlier, perhaps the infant formula scandal would never have happened.

Prof Reilly says these food scandals have one thing in common: people are boosting profits by using cheaper raw materials. This was the reason the FSAI decided to carry out DNA testing of beef products. “It was against a background of increasing prices of raw materials used in food and animal-feed manufacture, and the global sourcing of ingredients. This can lead to a temptation to cut corners and to substitute cheaper raw materials for higher-priced ingredients,” Reilly says. And the longer the food supply chain, the higher the risk that something may go wrong.

He believes these scandals highlight the need for a robust food-control system that puts consumers’ interests first.

He says DNA testing will become the norm in Europe, if not globally, as a result of the horse-meat scandal. But he suspects fraudsters will always exist. “Food fraud will probably always be with us because of the nature of some people. If they think they can put something cheaper on the market, whether it’s a fake watch or TV, they will.”

The difference between now and the days of chalky flour is that food-safety authorities have more sophisticated tools to detect fraud. “We have forensic technologies at our finger tips now, and certainly it would be our intention to go out there and catch any criminal element that is defrauding consumers.”

Don't be codded Adulterated food and drink to watch out for

> It is easy to disguise additives in spices

> Saffron has been bulked up with dyed onion, sandalwood dye and beet fibres

> Twigs have been found in ground black pepper

> The horse-meat scandal has unsettled anyone who has ever eaten a 2am burger or kebab. But don’t worry. It was probably just duck

> This month a meat-packing factory in China was found to have been passing off cheap duck meat with toxic additives as lamb and beef.

> We had our own honey issues in 2006 when it emerged that some “Irish” honey came from abroad.

> Honey is prone to manipulation internationally. US researchers have found antibiotics and lead in it.

> If your coffee tastes earthy, could it be from twigs?

>Powdered tea has been found to contain sand, sawdust and turmeric.

> Not only is orange juice watered down, but it has also been found to contain lemon and grapefruit juice, corn syrup and paprika extract

> Expensive pomegranate juice has been found to contain grape, pear and apple juice

> This is thought to be one of the oldest adulterated foods

> That very expensive extra-virgin Italian oil you drizzle over your salad could actually be cheaper Greek oil, or even be mixed with hazelnut oil

> You may not have heard of pangasius, but you may have unwittingly eaten it when you thought you were enjoying a battered cod. This Asian catfish is much cheaper than cod.

> Counterfeiting of wine has been going on for centuries, with labels switched and cheaper wines blended with expensive ones

> There was a scandal in Austria when it emerged that toxic diethylene glycol, found in antifreeze, had been added to wine as a sweetening agent.

> You pay a premium for organic food, so mustn’t it be beyond reproach? Only if it really is organic

> In 2011, Italian police dismantled a gang of counterfeiters. They had been importing broad beans, soya beans and corn for animal feed from Bulgaria and Romania and using forged documents to declare them organic