What’s the point in recycling when China and India pollute so much?

One Change: In fact, a typical Indian emits five times less carbon than an Irish citizen 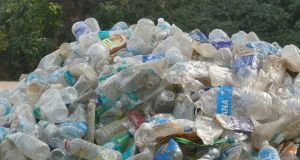 India, despite its economic transformation, has managed to preserve a culture and philosophy grounded in sustainability. Photograph: iStock

Making small individual changes to help create a more sustainable world is often greeted with, “What’s the point when China and India are continuing to pollute like billy-o?” While this notion has validity, it’s worth pointing out that both nations are implementing dramatic ecological changes that will have a seismic impact on the future sustainability of human life on this planet.

Take, for example, the fact that the world’s solar photovoltaic capacity grew by 50 per cent in 2016, and China accounted for nearly half of it. In that same year, China introduced a staggering 23.4 gigawatts of wind energy. They now sell more electrical cars each month than Europe and America combined, and have already built the world’s most extensive network of energy-efficient, high-speed trains. They’ve also passed comprehensive laws to promote a circular economy that is focused on reuse, remanufacturing and recycling, where all waste products from industrial processes are designed to be recycled into inputs for other processes.

Anyone with a smartphone can check local air quality in real time, and report violators through an app

Admittedly, this all still involves consumption and economic expansion, yet Beijing is beginning to evaluate regions on their environmental sustainability rather than on productivity alone. While the rest of us prevaricate, they have vowed to end air pollution and “make our skies blue again” by phasing out coal-burning and replacing it with wind and solar power. They’ve already installed a nationwide network of monitors tracking levels of PM2.5 (particles that penetrate the body, causing not only breathing problems but also heart attacks, strokes and neurological ailments). Anyone with a smartphone can check local air quality in real time, and report violators through an app.

Some of these measures are merely cosmetic, and we cannot ignore elements like the fact that China poured more cement between 2011 to 2013 than the US used in the entire 20th century, but the move towards sustainability in Asia has been unprecedented, and will increase rapidly.

India, despite its economic transformation, has managed to preserve a culture and philosophy grounded in sustainability, and rural regions are leap-frogging from a pre-electrical society to a carbon neutral one without ever having contributed to global warming. It is, still today, one of the least wasteful economies on Earth, valuing things such as old utensils, cloth and newspapers, which are traded at markets or to scrap dealers to be reused or recycled. Large swathes of the subcontinent still dry clothes in the sun, take bucket baths and handwash dishes, and there is an ingrained aversion to wasting food. These practices are not always applied in the most sustainable ways, but it is far easier to tweak them than to implement the paradigm shift required to steer western cultures back to the sustainable practices of our grandparents.

Currently, a typical Indian emits five times less carbon than an Irish citizen. Tell that to the naysayers and catastrophists. Only once we’ve reached their levels can we chide.