Wild Atlantic Way listed among best drives in the world 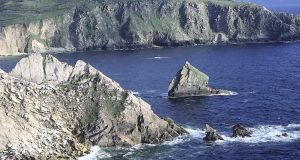 Achill, Co Mayo on the Wild Atlantic Way, which is the 2,750km route from Kinsale in Co Cork to Malin Head in Co Donegal. Photograph: Tourism Ireland 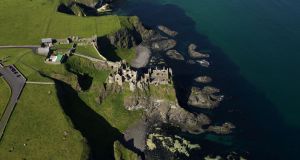 A loop of the Causeway Coastal Route, from Belfast to the north Antrim coast, is also listed in the book. Photograph: Tourism Ireland

If you are searching for an “epic” road trip look no further than the Wild Atlantic Way or Northern Ireland’s Causeway Coastal Route, according to Lonely Planet.

The two Irish drives have joined the well-known Route 66 in the US and Australia’s Great Ocean Road in the Lonely Planet book of the 50 best drives in the world.

The guide, titled Epic Drives of the World, borrows from Oscar Wilde to describe the “savage beauty” of the Irish scenery. The Wild Atlantic Way, which is the 2,750km route from Kinsale in Co Cork to Malin Head in Co Donegal, is described as “untamed and utterly divine”.

“Ireland’s west coast is a dramatic procession of deserted beaches and towering cliffs where traditional music and ancient castles abound.

“[IT] is battered by Atlantic rollers, strewn with jagged cliffs and littered with wide beaches and coves. It’s a place where inky lakes shelter between mountains, sinewy stone walls clamber across hillsides and trees are frequently bent double by the wind.”

“The roads here are narrow and winding, grass often grows along a hump in their middle and a herd of sheep can easily scupper all plans,” it notes but says the driving is “easy”. Donegal’s beaches are described as “gloriously deserted”.

A loop of the Causeway Coastal Route, from Belfast to the north Antrim coast, is also listed in the book. This route includes the Giant’s Causeway and locations now famous as Game of Thrones filming locations, such as the Glens of Antrim, Cushendun and the Dark Hedges.

“Often overlooked, the lonely shores of Northern Ireland might just be the perfect day-tripping antidote to Belfast’s urban core,” according to Lonely Planet. “Road signs advertise the Dark Hedges up ahead - one of the many recesses now famous as a backdrop for Game of Thrones.”

Chief executive of Tourism Ireland Niall Gibbons said the inclusion of the routes was “wonderful news and will surely help to inspire travellers everywhere to put the island of Ireland on their holiday wish-list.

"It is another well-deserved accolade for Ireland and our spectacular scenery, which provides Tourism Ireland with a great hook to continue to promote the Causeway Coastal Route, the Wild Atlantic Way and the island of Ireland around the world as a ‘must visit’ destination,” he said.

Each entry in Epic Drives of the World includes a first-hand account with tips and advice for planning a short or long road trip. Other featured routes include driving across the salt flats in Bolivia, the Captain Cook Highway from Cairns to Mossman in Australia and tackling Cuba’s roads from Havana to Viñales.