Magical Mayo: Ways to go wild in the west 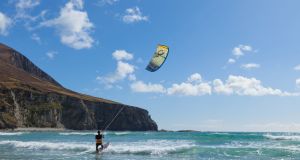 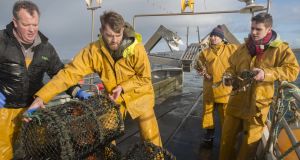 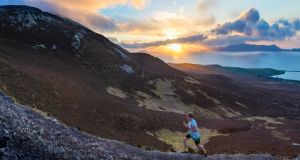 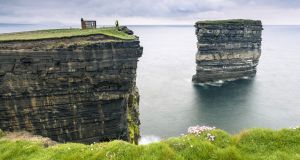 Mayo was the spinster aunt of Irish tourism for many years, forgotten and forlorn; forever in the shadow of her more glamorous sisters further south. But, the advent of adventure tourism has given her a new lease of life, and now, inspired by the likes of New Zealand and Iceland, she has created some of the best kayaking, cycling, coasteering and trekking trails in Ireland.

It all began a decade ago, when attention was still firmly focused on more glamorous destinations further southwest; Mayo quietly began developing a walking and cycling trail from Westport to Achill along an abandoned rail track that became the Great Western Greenway.

It was presumed impossible to get local farmers to allow trails across their land until Mayo showed it could be done, and in its first year, 2011, its Greenway brought €7 million of extra business to the area. Its success went on to inspire Louth to create its Cooley Greenway and Waterford’s Deise Greenway, while Mayo County Council went on to develop a range of international quality trails throughout the region.

Mayo now has Ireland’s first wilderness area at Ballycroy National Park and some of this country’s first Blueway kayaking trails, aimed at encouraging people to explore the coastline by kayaking and snorkelling. Last year, it expanded towards facilitating access to the night sky, with an International Dark Sky Park at Wild Nephin National Park, which has been awarded Gold Tier status by the Arizona-based International Dark Sky Association in recognition of its exceptionally unpolluted skies and dramatic nightscapes.

Mayo’s current tourism endeavour is a suite of short videos in which local sporting heroes explore the adventure potential of their county by hurling themselves up mountains, over waves and along cliffs. Triathlete Con Doherty, kite surfer Francois Colussi and GAA stars Aidan O’Shea, Leeroy Keegan and Colm Boyle propel themselves into the elements while being filmed by a group of adventure-sports filmmakers, Cut Media, from Scotland. The result is a series of high-octane tourism videos, like the best of those produced by Icelandic and Scottish tourism campaigns.

Watching these modern day warriors pitting themselves against the elements inspired me to head off to Mayo for a weekend of hiking, kayaking and night-sky-watching.

I began in the tiny coastal Gaeltacht village of An Ceathrú Thaidhg, which has the end-of-the-earth feeling of an isolated trading post. I wanted to try the Children of Lir Loop which Lonely Planet describes as “The finest sustained coastal walk in western Ireland, with a profusion of precipitous cliffs, crags, caves, chasms and islands along the remote north Mayo coast.”

The trail heads up along the Black Ditch, a sod embankment built up over centuries to stop animals falling off the sheer black cliffs, and around headlands of flashing shags, kittiwakes and cormorants towards the five rhino horns of impermeable rock that soar from the sea called the Stags of Broadhaven. There’s a lost-world feel to the place, with its dark lines of turf banks and quartz-speckled shards shining up from the bog track. I walked for hours with that sense of rapture that the Atlantic instils.

From there I drove south, out past Louisburgh to the Blue Flag beach at Old Head which has an oak wood running right down to the shore. It’s now the location of one of Mayo’s new Blueway trails, which are set out along a relatively safe stretch of sheltered water, with trail maps, safety advice and information on local equipment hire and tuition displayed at the car park. On previous Blueway trips I’ve encountered seals, soaring sea-stacks and even a sunfish. The trails can be an exhilarating, almost spiritual, sea experience.

Within minutes of arriving at Old Head, I was paddling out past the pier in a kayak that I had booked from a local company, Adventure West. A guide led me along the coastline to some caves and it was remarkable to experience the speed with which land-based concerns disappear on water. Within 15 minutes I was paddling beneath the earth, through a chasm of golden ochre rock, streaked with marbleised olive and burgundy strata. A Stygian darkness enveloped me, and every sense heightened for a sudden encounter with a seal or bat – my focus sharpened to an acuity that meditation rarely brings.

As I paddled back into the surface world again the first shard of sunlight made my eyes dazzle and in front of me I saw a sea otter staring quizzically, as if welcoming me back.

That evening I decided to check out Mayo’s Dark Skies Park, though was somewhat dubious that anywhere in Ireland could be as dark as the cave I had just emerged from. Yet, as I drove out from Newport along the abandoned land abutting Lough Furnace and Lough Feeagh I was aware of leaving civilisation behind and when I pulled up at a stone bothy by the Altaconey River in the Wild Nephin Reserve I could see no trace of the 21st century in any direction, just 17,000 hectares of Atlantic blanket bog and mountainous terrain – a saturated profusion of bronzes, emeralds and ochres in the waning light. The naturalist, Robert Lloyd Praeger, described this part of the Nephin Beag mountain range as “the very loneliest place in this country, for the hills themselves are encircled by this vast area of trackless bog”.

I was met by Georgia MacMillan, one of the principal instigators of the Dark Skies initiative, who now runs stargazing tours and dark sky safaris as part of Terra Firma Ireland. She led me out onto a raised track-way along the first stretch of the Bangor Trail, an old drovers’ path which used to be the only way of getting from Newport to Bangor before a road was finally built around the Nephin Beg range via Mulranny and Ballycroy. It’s a treacherous area of peaty wasteland and bog holes, but by keeping to the raised track-way, you can access areas of vast skies where distant stars, constellations and bright planets reveal themselves to an extent that is breath-taking to those of us accustomed to light-tainted back gardens.

As MacMillan guided me through the palimpsest of the night sky, pointing toward galaxies with a laser beam there was a sense of transitioning into something otherworldly; a potent encounter with wilderness. Mayo’s lack of early tourism development has left it with a real rawness that is alluring. If these short #WildMayo videos manage to whet people’s appetite to explore the county further, it should be a win-win for everyone.