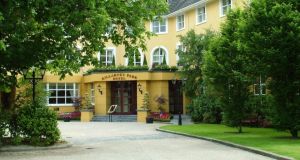 The Killarney Park Hotel, owned by Padraig and Janet Treacy

TripAdvisor has named the top ten Irish hotels for 2018 in the traveller’s choice awards. The Killarney Park Hotel, owned by Padraig and Janet Treacy, takes the top spot.

Harvey’s Point in Donegal, a winner on four occasions, takes a second seat this year. This coming Saturday will be Burns night at the hotel when poet Robert ‘Rabbie’ Burns will be remembered with a special dinner and address.

Ashford Castle, after taking the number one slot in more than a few awards, takes its place in third.

Hayfield Manor in Cork, owned by the Scally family, is in fourth. Just this week the family purchased St Mary’s seminary on Bloomfield Avenue in Donnybrook.

Ballygarry House Hotel in Tralee, a favourite wedding venue, is in fifth.

In the Hostelworld Hoscars, traditionally awarded around the Oscars, Galway City Hostel takes the award for best small hostel in Ireland.

The YHA Hostel in Liverpool wins best hostel in England, the Castle Rock Hostel beside Edinburgh Castle wins in Scotland, and The River House wins in Wales.

Hostelworld is an Irish company and the awards were based on over one million reviews.