Traveldesk: Disney cruises, top hotels in Chicago and a micro-guide to Rome

Fionn Davenport's round-up of travel news from around the world 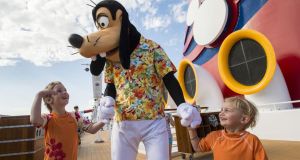 Disney Cruise Line will sail to Ireland for the first time next year. The company announced details of its 12-day British Isles cruise, which will see the 2,700-capacity Disney Magic depart Dover on June 5th, 2016, and sail to Dublin on June 13th before going on to Le Havre and then Guernsey before returning to Dover. Other stops include Newcastle and Liverpool in England and Invergordon, Kirkwall and Greenock in Scotland.

Disney Magic – the first of the company’s four-ship fleet – was upgraded in 2013 with new features like the AquaDunk water slide and a Become Iron Man interactive game that allows kids to suit up as the comic- book and movie hero. Bookings for the company’s summer 2016 itineraries opened last week, with lead-in prices of €9,878 for two adults and two children under 17 for the 12-day cruise. See disneycruise.disney.go.com

Five Hotels in Chicago
Last year was a record year for visitors to the Windy City, which has prompted authorities to add to its existing 110,000 beds – second only to New York and Las Vegas – by building a slate of new hotels. Here are five Chicago hotels worth checking into:

Acme Hotel
(15 E Ohio St; acmehotelcompany.com; room from $180)
Industrial, boho- style cool is the overriding vibe at this trendy spot perfectly located between the Magnificent Mile and the Theatre District. The lobby – with its lava lamps and liberal use of graffiti – sets the tone for the funky rooms.
Hotel Burnham
(1 W Washington Street; burnhamhotel.com; room from $270)
A little bit of Chicago lore: Al Capone’s dentist operated out of room 809 at this historic hotel in the 1890s Reliance Building. It was fancy then, but it’s even fancier now, courtesy of the Kimpton touch of class.
Radisson Blu Aqua Hotel
(221 N Columbus Dr; radissonblu.com/aquahotel-chicago; room from $270)
Try for a room with a balcony at this Scandi-cool skyscraper, 82 storeys of either minimalist Nordic sensibility or more traditional mansion house style. The work of architect Jeanne Gang, it is the world’s tallest structure designed by a woman.
Renaissance Blackstone Hotel
(636 S Michigan Ave; blackstonerenaissance.com; room from $200)
A neoclassical beaux-arts landmark built in 1910, this is a business hotel par excellence. Comfortable, fully equipped rooms (some with lake views). Many a US president has slept here (most likely in the suites).
Trump Hotel & Tower
(401 N Wabash Ave; trumpchicagohotel.com; room from $450)
You can’t miss Chicago’s second-highest building, which is an eye-catching bit of contemporary architecture – exactly as Mr Trump would have liked. The views are sensational, the service and comfort only marginally less so. 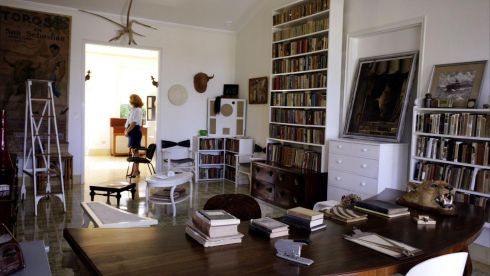 At Home With Hemmingway
Ernest Hemingway’s Cuban villa has finally reopened after an 11-year restoration project by Cuban and American architects. Finca La Vigia, the beige stucco mansion in the small town of San Francisco de Paula about 20km west of Havana, was built in 1886 and was bought by the writer in 1940. He wrote For Whom the Bell Tolls (1940) and The Old Man and the Sea (1952) there, abandoning it in July 1960 when Fidel Castro announced plans to nationalise all property owned by foreigners.
The house fell into disrepair but a joint US-Cuban effort that began in 2004 has seen it and its invaluable contents restored – including art works by Picasso and Roberto Domingo, Hemingway’s collection of African wildlife trophies, his library of 9,000 books plus photos and personal letters. Cuba had a record 3 million visitors in 2014. See hemingwaycuba.com 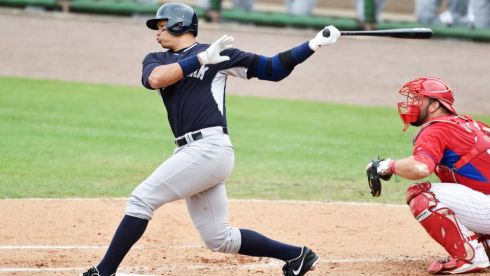 'Batter Up' in the Big Apple
Baseball season started this week and there’s nothing as quintessentially New York as taking in a Yankees or a Mets game with a beer, a (hot) dog and a rousing rendition of Take Me Out to the Ball Game . With 162 games a season, there’s baseball virtually every day at either Yankee Stadium in the Bronx (take the 4 train to 161st-Yankee Stadium) or Citi Field in Queens (take the 7 train to Citi Field), home of the Mets. Because games are so frequent, tickets and e-tickets are easy to come by and are available from as little as $20. They can be bought from a variety of outlets, including ticketmaster.com.
If you are in the city on June 20th, you can see muscular guys swinging another kind of wood as the world’s best lumberjacks gather for the USA Pro and Collegiate Championship at the Naumberg Bandshell in Central Park. Their skills will be tested with disciplines like the hot saw and the springboard chop (of course).  See stihlusa.com or nycgo.com
Delta's Pet Tracker
Delta Airline’s new $50 pet-tracking device is designed to offer some reassurance to anxious passengers travelling with their furry friends in the cargo hold. The device, developed by Sendum Wireless Corp and introduced last week from 10 US airports, allows passengers to monitor their pets in real time and check data like surrounding temperature and whether the pet is right-side up or not. However, in case of difficulty, alerts can’t be sent while the craft is airborne, but a spokesperson for Sendum said “many of the accidents that cause an animal to go missing or die occur at the airport and not in the air”.
Get Away at Home
The Radisson Blu Hotel Athlone ( radissonblu. ie/hotel-athlone) has a two-night B&B package from €238 that includes dinner in Elements Bistro and a night of entertainment in Sean’s Bar. The Killarney Park Hotel ( killarneyparkhotel.ie) has a similar two- night B&B package for €225 that also includes dinner; it is valid midweek only until the end of May. Finally, the Lyrath Estate ( lyrath.com) just outside Kilkenny city, has an extra medieval mile package for €162 per person sharing that includes two nights B&B, one dinner, a guided tour of Kilkenny Castle and a visit to the Smithwicks Experience. The offer is midweek only and is valid until July 2nd. 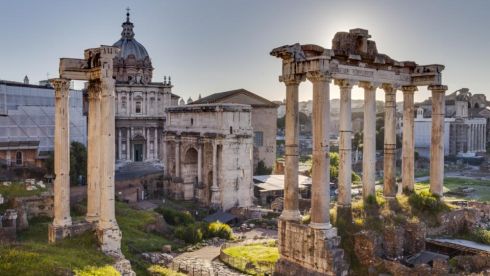 Micro-guide: Rome
STAY
Donna Camilla Savelli
(Via Garibaldi 27; hoteldonnacamillasavelli.com; rooms from €180)
Borromini designed this convent in Trastevere, which is now an exquisite hotel.
EAT
Ambasciata d’Abruzzo
(Via Pietro Tacchini 26, Parioli; ambasciatadiabruzzo.com; mains about €15)
A fabulous restaurant in the residential Parioli neighbourhood.
DO
Pantheon
(Piazza della Rotonda)
This 2000- year-old temple is one of western architecture’s most important buildings.