Leo’s trip to Toronto: the best of the city’s sights

The Taoiseach visits the Canadian city this week, so we’ve put together some top tourist tips for him – or for you 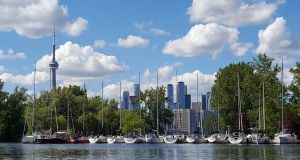 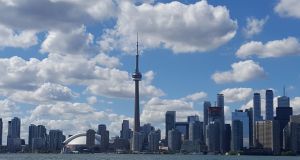 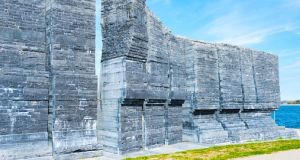 The Taoiseach is visiting Montreal and Toronto on an official visit until Tuesday. He will be attending the Montreal Pride festival today, with Canadian prime minister Justin Trudeau, and will spend Monday and Tuesday in Toronto. We’ve put together five of that city’s best tourist sights for Leo – or you, if you’re in town.

The skyline of the city is defined by the CN Tower, which at 553.33m is an engineering wonder with spectacular views. The tower has three restaurants to dine in. The EdgeWalk is the world’s highest hands-free external walk about the circumference of the tower at 356m – a knee-wobbling 116 stories above ground. Not for the faintheated. cntower.ca

The ROM is Canada’s largest museum, showcasing, art, culture and nature from around the globe. It is home to more than six million objects and specimens which are spread in 40 galleries and exhibition spaces. rom.on.ca/en.

Toronto’s newest centre for arts, culture, food and entertainment is the Distillery District. This national historic site contains heritage buildings and courtyards and has many restaurants, galleries, boutiques and speciality stores. Thedistillerydistrict. com.

Ireland Park is located off Bathurst Street and Queen’s Quay. Opened 10 years ago, the park commemorates the thousands who fled Ireland during the Great Famine. More than 38,000 Irish men, women and children landed in Toronto at the point where Ireland Park now stands.

Valentine’s in an Irish restaurant: ‘Some couples barely speak to one another. Most don’t tip’
7

Ross O’Carroll-Kelly: ‘Sold to the man in the Ireland jersey with a bowtie tied around his neck!’
10