Cork’s historic buildings open their doors to the public

Check-in: A picnic package, historic hideaways and an Umbrian update 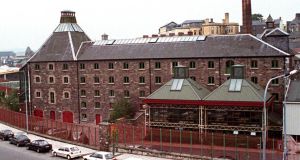 On Saturday, August 19th, Cork city flings open the doors to some of its most historic buildings. As part of the 13th Annual Cork Heritage Open Day more than 40 buildings will be open to the public, including the Masonic Hall on Tuckey Street and Heineken Ireland (Murphy’s Brewery) on Leitrim Street. Expect free guided tours and a Looking Up heritage competition which encourages people to glance upwards and take note of Cork’s unique architectural elements. For a full programme see corkheritageopenday.ie

Vienna is celebrating its growing popularity as it sees more visitor bed-nights than ever before. In the first half of 2017 almost 7 million travellers visited the Austrian capital. The meetings industry accounts for 12 per cent of the total volume of bed-nights spent in Vienna thanks to corporate events and incentives. For the eighth time in a row the latest Mercer Quality of Living survey ranks Vienna in first place worldwide. As city breaks go, Vienna continues to soar. Plan your visit at vienna.info

Almost a year after the earthquake that shook Umbria, destroying the road from Norcia to the town of Castelluccio in the Sibillini mountains, the region is celebrating the reopening of the route. More than half of Norcia’s businesses are expected to reopen by the end of August, so tourists are welcome to visit the foodie region once again; umbriatourism.it

Edinburgh Dunstane House reopens this month, a 16-room William Playfair-inspired Victorian town house in Edinburgh’s elegant West End. The house has stood at the gateway to the old town since the 1860s, hosting merchants, musicians and newspapermen over the last 150 years; thedunstane.com

On the doorstep of Dáil Éireann, Buswells Hotel has been a city staple of hospitality since the 1800’s. You might not know that before it was a hotel it was the Queen’s Institute for the Training and Employment of Educated Women; buswells.ie

Built in the 18th century by the Saxon king, August the Strong, as a pledge of love to his mistress, the restored Hotel Taschenbergpalais Kempinski Dresden is a stunning step back in time; kempinski.com

Nab a discounted hotel room from people who have to cancel last-minute or put your own hotel room up for grabs if you can’t make the booking. Available on iTunes and Google Play; roomertravel.com

The Step House hotel on the Main Street of Borris, Co Carlow, is offering a new Summer By The Barrow package. Stay in one of their guest bedrooms with breakfast and a three-course dinner for two people in 1808 Bar, then take one of their specially made picnic baskets to the river for an outdoor feast.

Fota Island – take the family of an adventure to Fota Island where they can take part in a dozen activities from bushcraft, paddle-boarding, combat archery, obstacle course or more from €230 per night B&B, fotaisland.ie, (021) 4883700.

Athens and Ios – Three nights in the city exploring ancient history and 11 nights on the fun island of Ios from €560pps, up to October, shandontravel.ie, 021 4277094