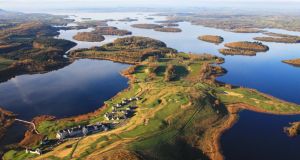 Are you like me? Did you grow up in a time when “the North” was a byword for “stay clear,” and came with enough personal safety caveats that, well, you did just that?

Worse, do you still make all those nefarious connections with those six counties, more than 20 years later, despite Northern Ireland now being the safest region in the UK to visit, while registering the second lowest crime rate in Europe?

Sick of shrugging every time fellow globetrotters – be it in Bangkok or Buenos Aires, Krakow or Cape Town – would ask my recommendations on Northern Ireland, I’ve made a concerted effort in recent months to form a coherent, informed answer, and it is this: go there ASAP. Explore its many marvels over a series of short breaks, starting with the liquid gem that is the Fermanagh Lakelands.

Not even 2½ hours from Dublin (ie a quicker journey than to Limerick), the island-dotted, wooded lakeshore of Lower Lough Erne is the wider and longer of the two loughs. Just north of Enniskillen, it has a host of first-rate visitor attractions along its shores, with the hills of Donegal beaming in the background.

To get the most from a holiday here, it’s worth saving to splash out at the five-star Lough Erne Resort (lougherneresort.com; rooms from £115 per night off-season). The 2017 Hotel of the Year and 2016 Luxury Resort of the Year, the resort is nestled on a 600-acre peninsula that sports two championship golf courses. Use it as your base to explore the area, but first sample some of its goodies.

Not a golfer? Neither am I: in fact I’d never even played in my life, and so tried a lesson in the resort’s Castle Hume Golf Academy. Thanks to their golf director and PGA Pro, Michael Stanford, in less than an hour I went from missing the ball on my first three swipes to whooping it almost 200m, and – unheard of for me – in the right direction.

More importantly, the family had a right laugh in the process, and then meandered down to the resort’s jetty, where Barry Flanagan of Erne Water Taxi (ernewatertaxi.com) whisked us away.

Offering trips ranging from one hour to one full day, Flanagan steered us down to the round tower and monastic ruins of Devenish Island, guiding us through its notable history.

The early Christian site was founded in the sixth century by Saint Molaise, before being plundered by the Vikings, later burnt to blazes, after which it flourished in the Middle Ages as a priory and parish church. It was then north to White Island for us, home to six curious carved figures dating to the ninth century, the exact origin and reason for which remains obscure.

To reward our piety, or offer it a merry counterpoint, our island hopping terminated at the doors of the too-tempting Boatyard Distillery (boatyarddistillery.com). I’m no more a golfer than a gin drinker, but fresh and memorable experiences (and beverages) are the real joys of travel.

Founded in 2016, the Boatyard is an award winning farm-to-bottle gin distillery already exporting to eight countries. We sipped and sniffed (“getting a nose on it,” as founder Joe McGirr put it) through a merry hour, learning about the distillation process before signing and labelling our own customised bottle of Boatyard Double Gin to take home from what is the first legal distillery in Fermanagh in more than 130 years.

With 150 islands to explore, Fermanagh is also a paddlers’ paradise, so for those wanting a more active lake experience, Blue Green Yonder offers kayaking from two hours to a full day (bluegreenyonder.com).

Once you move far off the water, make for the Marble Arch Caves Global Geopark (marblearchcavesgeopark.com). The Unesco geopark (ie a region with geological heritage of international significance) allows you to experience a Tolkienesque labyrinth of subterranean rivers, waterfalls, twisting passages and stalactited hollows.

Guided tours leave every 15 minutes, and take roughly an hour, including a short boat ride along its dark depths (advance booking advised).

If you happen to be visiting over a weekend, the Enniskillen Taste Experience (£45 per person) is a feast of food and drink held every Saturday, showcasing the best of local produce and cuisine; a guided walking tour stopping at various locations through the town (enniskillentasteexperience.com).

Ten minutes from the caves is the elegant demesne of Florence Court (nationaltrust.org.uk/florence-court), one of Ulster’s most renowned 18th-century houses. Florence Court is surrounded by gardens and parkland and endless woodland trails, with the Cuilcagh Mountains skulking on the horizon.

Alternatively, visit the Crom Estate (nationaltrust.org.uk/crom), perched upon the east bank of the Upper Lough, south of Enniskillen. This 2,000-acre demesne packs in ancient woodland, tranquil islands, twee estate cottages and the crumbling Crom Castle, in a setting that is simply stunning.

So, are you like me? If you will be as charmed and impressed as I was by the majesty and beauty of this Border county, then we are not alone.

Attorney-general to Queen Elizabeth I, Sir John Davies, who blazed the trail for the subsequent plantation, wrote of the county in 1609 that: “It is so pleasant and fruitful a country that if I should make a full description thereof, it would be taken for a poetical fiction than a true and serious narration.”

Jamie Ball was a guest of Tourism Ireland. For more information about visiting Fermanagh, see discovernorthernireland.com