Dublin on National Geographic ‘Places to Visit in 2018’ list 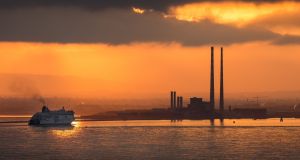 Visitors ‘don’t expect a capital city to have such a beautiful coastline, says Fáilte Ireland’s Keelin Fagan in response to Dublin’s inclusion on National Geographic’s Best Places to Visit 2018

Dublin has been included in National Geographic Traveller magazine’s prestigious “2018 Best of the World” list. It is one of 21 cities to feature on the list.

Each year the travel arm of National Geographic releases a list of its must-see destinations. The destinations are chosen by the travel editors of the magazine and fall into one of three categories: cities, nature or culture.

Dublin joins the ranks of Madagascar, Malmo and Sydney, also featured on the list. The list is not ranked.

Fáilte Ireland welcomed the inclusion of Dublin to the list. Head of Dublin at Fáilte Ireland, Keelin Fagan said: “We are delighted that Dublin has once again been recognised internationally as a city of choice to visit and a ‘must-see’ destination.

“It’s a wonderful acknowledgement of the offering that Dublin has and reaffirms the potential of the city to attract even greater visitor numbers in the future.

“Dublin’s inclusion on the National Geographic 2018 Best of the World destination list will also help to promote the city and region to over 760 million people worldwide in 172 countries who use and read National Geographic’s suite of media and publications monthly.”

Fagan emphasised the attraction of coastal towns such as Howth and Dalkey to international visitors, as “they don’t expect a capital city to have such a beautiful coastline”. She also highlights how much there is to see and do in Dublin, and the abundance of free museums on offer, which is not always the case in other capital cities.