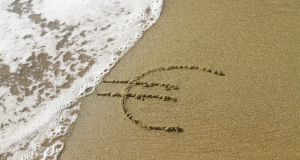 According to new research, 33 per cent of Irish holiday makers say their holiday spend often or always goes out of control. Photograph: iStock

Irish people do not appear to be keeping their eyes on the price when it comes to holidays and the financial headache they bring home as a result could end up lasting a whole lot longer than the tan, new research suggests.

A third of those polled in a switcher.ie survey told pollsters they allowed spending to spin out of control while overseas, with more than quarter saying they feared they would be coming home in significant debt.

According to the research published on Tuesday morning, good weather is more important than good value when it comes to choosing a location with 51 per cent saying guaranteed sunshine is the main driver of their holiday choices with just 34 per cent saying they look for value first.

In a fresh sign that the dark days of economic recession have passed – at least for the present – the staycation seems to have had its day with seven in 10 Irish adults saying they will take at least one holiday this year with EU locations proving to most popular.

A further 29 per cent said they would travel further afield this year with destinations including the USA, Canada and Australia.

The survey also found that 51 per cent said they expected to spend up to €1,000 on food and drink while away wth just under a third saying they would be happy spending a similar amount on shopping.

But as we sail away on our summer jolly many of us could be sailing into financial woes with 33 per cent saying their holiday spend often or always goes out of control and 26 telling researchers they come back from holiday in debt. Despite this, just 38 per cent set a firm holiday budget and stick to it.

With people increasingly using cards rather than cash for spending, 49 per cent said they would take a small amount of cash to start off with and then use ATMs, while 37 per cent will use their debit cards as normal with 24 per cent saying they would rely on credit cards.

Worryingly, however, there is a real lack of understanding around the fees that could be charged for doing so. The majority of people either don’t know or aren’t sure of the charges for the likes of ATM withdrawals, using a credit card to withdraw cash and paying by credit or debit card in shops or restaurants abroad.

The people at Switcher said this could lead to some unplanned - and unwanted - charges, especially for the 30 per cent who are travelling outside of the EU or anyone going to a non-Eurozone country within the EU.

When you withdraw cash in a non-Eurozone country, you’ll be charged a percentage of the transaction value each time, and you may have to pay a foreign exchange fee, too. You’ll also face similar charges for using your card to make payments in shops and restaurants.

“Many of us are gearing up for holidays, and thoughts of sunshine are starting to eclipse other, less exciting, matters - like our finances,” said Switcher MD Eoin Clarke. “But that cheap break in the sun could end up costing holidaymakers more than they bargained for, simply because they’re not budgeting or planning how best to manage their money while away.”