World’s happiest countries revealed: How happy is Ireland in 2019? 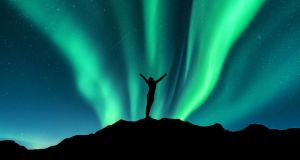 On top of the world: the Nordic countries top the UN World Happiness Report. Photograph: iStock/Getty

We’re not as happy as we used to be. Ireland is now only the 16th-happiest nation on the planet – two spots lower than last year – according to the United Nations.

Who’s at the top of the list? Finland, for the second year in a row. All the Nordic countries fare exceedingly well: Denmark, Norway and Iceland also appear in the top five, and Sweden sits in seventh place.

Ireland’s ranking in the World Happiness Report puts it ahead of the likes of Germany, France and the United States but one spot behind the UK, which has climbed five places. The survey, by the United Nations Sustainable Development Solutions Network, ranks 156 countries by how happy their citizens perceive themselves to be.

Despite the slight dip in Ireland’s ranking since last year, Stephen Dargan of Happy Workplaces Ireland says there is still reason to be optimistic. “We are actually really solid for a country that has gone through so much difficulty over the last 10 years,” he says. “Why would the Irish people feel as happy as they do? There is something innate in the Irish that they can laugh off situations, or they’ve got great resilience when it comes to certain things that many other countries can’t really replicate.”

Ireland ranked 33rd for freedom to make life choices, which asks citizens whether they are satisfied with their ability to decide what to do with their lives. “Maybe people feel like the freedoms aren’t as great as somewhere like the Nordic countries, where education is free for all,” Dargan says. “When you’ve got that opportunity you can make any decision you want. You don’t need to worry about, ‘Can my parents afford it?’ That’s one of the things that constrains in Ireland.”

The United States ranks only 19th for happiness, despite being one of the richest countries in the world. “This year’s report provides sobering evidence of how addictions are causing considerable unhappiness and depression in the US,” says the economist Jeffrey Sachs, director of the Sustainable Development Solutions Network.

“Addictions come in many forms, from substance abuse to gambling to digital media. The compulsive pursuit of substance abuse and addictive behaviours is causing severe unhappiness. Government, business and communities should use these indicators to set new policies aimed at overcoming these sources of unhappiness.”