What if the Other Conor Pope becomes better known than me?

There are barely any Popes. And if he becomes UK PM my name will stop being mine 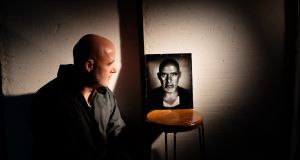 Conor Pope: the future of my name is in the balance. Photograph: Bryan O’Brien

It was only after I’d been chatting to the American woman beside me on the bus for a good 90 seconds that I realised she most likely suspected I was a serial killer.

And I could hardly blame her. I was on my way to the airport to see what I might find in the lost-and-found department, and the first thing I found was myself sitting beside this woman lost in her Instagram feed. She barely registered me wrestling my coat off and taking my seat. I didn’t really register her, either, but, once settled, I was drawn to her luminescent phone.

If she’d been concerned about my serial-killer status at the outset of our chat, an unprompted detour into the unmarked graves of people with her name would be unhelpful

“Sorry, is your surname Pope?” I said by way of introduction.

She looked at me like I’d just confessed to kidnapping her childhood cat.

“I was just looking at your Instagram feed there and saw your surname was Pope. Mine too!”

I’m always interested in meeting people who share my surname. It happens so rarely that I can’t recall the last time I met a stranger called Pope, which explains my enthusiasm as I chatted to my American cousin.

Excellent analysis by @Conorpope here. In a nutshell: #Labour 's advances in London's suburbs and satellite towns aren't enough for it to win the next general election. We desperately need to recover lost ground in the #Midlands too. https://t.co/rXFtuXtguG

After establishing that I presented no immediate danger, she relaxed a little – although her monosyllabic responses made it clear she was less interested in meeting people who shared her surname than I was, particularly when those people are middle-aged men on buses who learn her surname only by intruding on her personal space and peering at her phone.

She asked half-heartedly if there were many other Popes in Ireland. I explained that there were a handful of merchant-prince Popes in Cork, ones with a quay named after them. We are, sadly, unrelated. There are Galway Popes who I am related too, but they are quayless.

Then, for some reason, I suggested she visit Glasnevin Cemetery, where lots of Popes are buried in an unmarked plot bought by my great-great-great-grandfather William in the early 1860s. As he couldn’t afford a tombstone – and certainly not a fashionable spot near the fallen heroes of the national struggle – he had been forced to make do with a piece of unremarkable ground to accommodate more than half a dozen of his children who died before reaching the age of five, taken by typhoid or bronchitis or “congestion of the lungs” or a “weak action of the heart” – illnesses that have either been eradicated or would be easily treated today. Their untimely deaths partly explain why I meet Popes so rarely.

I spared the young American Pope this grim family-history lesson, figuring that if she’d been concerned about my potential serial-killer status at the outset of our chat, an unprompted detour into the unmarked graves of people with her name would be unhelpful. So the conversation tapered off, and we sat in silence until our bus reached its destination.

Had he become a wildly successful comic he would have ruined my name, just like Father Ted ruined the names of all the Ted Crillys out there. And imagine how terrible it must be to be called Bill Cosby.

Thankfully the Other Conor Pope did not make his name as a stand-up. But he hasn’t gone away and is now a rising star in the British Labour Party. I know this because I got a tweet last week meant for him. “Excellent analysis by @conor_pope here,” the tweet started. “In a nutshell: #Labour’s advances in London suburbs and satellite towns aren’t enough for it to win the next general election. We desperately need to recover lost ground in the #Midlands too.”

Although I know a lot about some things, and a little about other things, I know nothing about the British Labour Party’s advances in London suburbs. The Other Conor Pope does, though. He knows a lot about the Labour Party – one of his insider tweets appeared in the Guardian in the run-up to the last British general election, something that earned me entirely unwarranted praise from a colleague who still thinks highly of me for winning the British paper’s election tweet of the week.

So the future of my name is in the balance. He is merely a Labour activist now, but he is young. Worst-case scenario: he could become an MP and then British prime minister. And if that happens my name will stop being mine, and every time I introduce myself I’ll have to add, “No, the other one.” It doesn’t bear thinking about.

Rolls Royce Ghost: More than just a plaything for the rich and shameless
Real news has value SUBSCRIBE