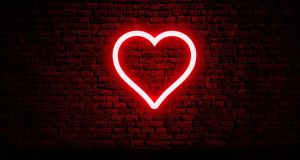 'The beginning stages, though they feel deep and revelatory, are just grazing the surface.' Photograph: iStock

I do not have a huge amount of experience with romantic relationships, but have almost five years’ experience of the one I am currently in. Five years (it’s more like 4½ plus a bit, really) is not very long, and yet it is quite a while, too. It is about the entire lifespan of a guinea pig, for one thing, including gestation.

Five years is a long enough to see your life change completely. It is enough time for things to come into existence and leave again; for something to come from nothing.

Except nothing really comes from nothing, and being in a long-term relationship makes that clearer than perhaps anything else, with the possible exception of parenthood. There are no blank slates, and people who choose to spend their lives together, or some of those lives, come into the arrangement bashed and bumped from former experience.

Some people have had hard edges chiselled into them, or cut out. Others are tenderised by a previous pummelling, so that every light touch strikes them as a beating. As the adult child of an alcoholic, it took me a while to learn how to love a person in a healthy way, and what to expect in return.

I have been lucky to find someone with whom I would not repeat the particular patterns written on my skin in childhood. He is large and kind, with big pooling brown eyes like a Jersey cow’s, but they are more intelligent in expression, and softly lashed. He is independent, admirably clever, curious and loving. He has a child’s joy in the world. It took time for me to grow accustomed to this. He finds fun where it doesn’t necessarily naturally dwell, befriends babies on planes, chats with strangers because he is interested in their lives, and laughs liberally.

There was no joy between my parents; at least there was none by the time I came into the world. Humour and nourishing silliness were squashed by fear, insecurity and resentment. Nothing blossomed in the undergrowth. Like so many people, I had no model for how it was supposed to be.

In reality, a long-term bond is a perpetual conscious exercise in honesty and effort

Five years have their own momentum. Habits are formed without you noticing, as you become immersed in the duller business of being alive. In the beginning, relationships have a faster momentum. They overshadow the everydayness, and everything is easy. The relationship takes care of itself, fuels itself, and, intoxicated by the idealised version of you being reflected by the person you love, there is only fun and intensity and joy. It is easy to forget this when you are a few years in.

The beginning stages, though wonderful, and though they feel deep and intense and revelatory, are just grazing the surface. The depth is in the variety of experience that comes with time. Holding a person when they are desolate. Solving or managing together the problems that come up, and being present when there is nothing obviously in it for you, because you know when to prioritise the needs of the other person, and when to prioritise your own.

Esther Perel, a Belgian psychotherapist and author who deals with sex and relationships in a unique and fascinating way, has a podcast of recorded couples’ therapy sessions called Where Should We Begin? While I was doing an office clear-out, I listened and was comforted by these people making – for the most part – an honest effort to solve the sometimes very complicated but not at all unique issues they faced together, and Perel’s intelligent and analytical attempts to facilitate them.

We wrongly think that the initial easy momentum of the relationship is how it is “supposed” to be. In reality, a long-term bond is a perpetual conscious exercise in honesty and effort in the knowledge that the presence of this person in your life makes all of that worth it overall.

We have not failed because it isn’t easy. It shouldn’t be. It is too important.