Time of my life: ‘We saved lives and failed to save lives’

Colin Murphy on… working in Angola 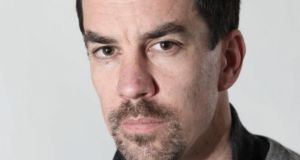 Colin Murphy: worked with an aid agency in Angola

One night in the summer of 2001 I found myself standing in a muddy field, holding a clipboard, interrogating children.

The children were in makeshift huts, thrown together from wood and mud and plastic sheeting. There were lines and lines of these huts, stretching off into the darkness. I moved along them, shining a torch inside, asking the children where their parents were.

The children had been displaced by the war in Angola; I was working with an aid agency there. The aid agencies were providing emergency rations for these families; administrators had come to the conclusion that some families were gaming the system, building second huts in order to register for a second ration. We had arrived, unannounced, in the small hours, to check.

As I worked, I could hear the frantic scrambling of people running in the dark between the huts, trying to get to their second hut before an aid worker found it unoccupied and cancelled its ration.

The ration consisted of a few kilos of rice, beans, a tiny bit of salt, some oil. Perhaps some families wanted to eat more than their nutritional minimum; perhaps some wanted to sell the food in the market and buy a blanket or some batteries or a pair of European charity-shop shoes.

When we finished, at dawn, the head of the operation, a social worker by training, whom I knew to be a good and brave man, stood on a table in the middle of the field and called the people “cheats”. And then we got back in our white 4x4s and drove back to the town for breakfast.

I was two years in Angola. We did some extraordinary work and some ordinary work; we saved lives and failed to save lives, and could do nothing about the overriding threat to them, the then ongoing war.

Angola was too messy for neat insights into human nature

I would like to say it changed my life: that I forged a career as an aid worker or advocate or politician determined to fight global injustice. Instead, I came home, and now I write plays and journalism for an Irish audience and watch Netflix and occasionally help out at my kids’ school.

Angola was too messy for neat insights into human nature, or politics, or global injustice. I learned something of what happens when the state collapses. I learned that there was an irreducible complexity to such crises, that could not be fixed merely with money or good intentions. I learned that I was tougher than I thought, and also more vulnerable. I came to feel that my own niche might be found in watching things and writing about them.

Passing Spar in Phibsborough one night recently, I stopped to put some coins in the polystyrene cup of a woman who was hoping to get into a hostel. She looked wrecked. It was snowing. A man passed as I did so. “They’re all scammers,” he muttered.

There’s not much you can do, as a writer, of practical impact. But you get to watch things, and think about them, and try and place yourself in other people’s shoes. Angola offered other paths, of more immediate worth and greater contribution; somehow, this seems to be the one I chose.

Michelin 2021: Which Irish restaurants are in the running at tonight’s awards?