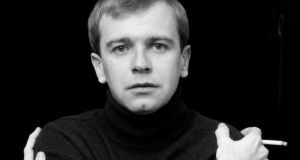 Of the several outstanding contemporary male dramatists whose work has charted the homosexual experience in a society blighted by prejudice, and then by Aids, Terrence McNally, who has died aged 81 from complications to an underlying pulmonary condition due to coronavirus, was the most prolific and multifaceted.

In a theatrical career spanning five decades – his place was on the stage, not in films or on television – he produced three dozen plays, books for 10 musicals and libretti for a quartet of operas, and won four Tony awards. He may not have enjoyed the defining zinger of Edward Albee’s Who’s Afraid of Virginia Woolf?, Larry Kramer’s The Normal Heart, or Tony Kushner’s Angels in America, but his work brought joy to Broadway and touched all but the stoniest of hearts.

McNally pointed to his Irish Catholic antecedents when discussing his heavy drinking, though he finally quit alcohol completely in the mid-1980s

Two of his musical libretti best illustrated his skill and flair for editing and adaptation: Kiss of the Spider Woman, with music and lyrics by John Kander and Fred Ebb, which played at the Shaftesbury in London in 1992, transformed Manuel Puig’s novel about two cellmates in a Latin American jail into a pulsating face-off between a gay window-dresser and a straight Marxist firebrand.

McNally had been alive to the visceral power and transformative ecstasy of theatre since the age of eight, when his paternal grandfather took him to see Ethel Merman in Annie Get Your Gun on Broadway.

He was born in St Petersburg, Florida, where his parents, Dorothy (nee Rapp) and Hubert McNally, ran a bar and grill on the beach. The family moved to Corpus Christi, Texas, where he attended the high school – an experience channelled through his provocative play Corpus Christi (1987), in which Jesus and the apostles are depicted as gay Texans – and then enrolled at Columbia University in New York.

Already embarked on a five-year relationship with Albee, he took his degree in English in 1960. His first stage work included a contribution to a Broadway staging of The Lady of the Camellias in 1963, a full-length debut with And Things That Go Bump in the Night (1965) – a flop that gained McNally a certain notoriety with its monstrous family portrait and explicit gay seduction scene – a few one-act plays and, at last, a hit: The Ritz (1975), for which Rita Moreno won a Tony award for her performance as an over-the-top bathhouse singer, Googie Gomez, a sort of Latin American Bette Midler.

McNally pointed to his Irish Catholic antecedents when discussing his heavy drinking during these years, though he finally quit alcohol completely in the mid-1980s. “I never thought I wrote literature,” he said at the time. “I write plays for actors and I need actors I can trust.” These included such elite names as Chita Rivera, Nathan Lane, Tyne Daly, Zoe Caldwell, Audra McDonald and Michael Shannon.

The Full Monty was cunningly transposed from the film’s Sheffield setting to the world of unemployed steelworkers in Buffalo, New York

McNally found a new home from home in the Manhattan Theatre Club, New York’s new plays factory. As each of his plays opened there, the artistic director Lynne Meadow would commit unequivocally to presenting the next one. This gave the writer the confidence to carry on, even when his critical reputation – never totally secure – wavered.

Two plays from this period stand out: Lips Together, Teeth Apart (1991), an Aids play set on Fire Island with two (straight) married couples, and A Perfect Ganesh (1993) in which two Connecticut dowagers find connections in their passage to darkest and deepest India.

But McNally was not finished with musicals. The Full Monty (2001) was cunningly and inventively transposed from the film’s Sheffield setting to the world of unemployed steelworkers in Buffalo, New York, with a great blue-collar grassroots score by David Yazbek.

His last and extended adventure was a version of Friedrich Dürrenmatt’s The Visit, but the project stuttered after several try-outs, starting in Chicago in 2001 and ending, after just two months on Broadway, in 2015. There was a happier culmination in 2019, when McNally was awarded a fifth Tony for his lifetime achievement.

McNally’s long-term partner Gary Bonasorte died of Aids in 2000. He is survived by Tom Kirdahy, a producer, with whom he entered into a civil partnership in Vermont in 2003 and whom he married in Washington in 2010, and by his brother, Peter.

Michael Harding: How I learned to stop worrying and love my enemy
7