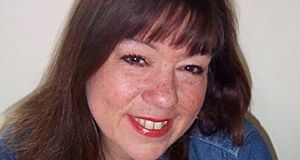 A pioneer for women in science both on and off screen, in 1984 Heather Couper was elected the first female president of the British Astronomical Association. Photograph: Hencoup Enterprises/PA

The astronomer and broadcaster Heather Couper, who has died aged 70 after a short illness, helped, with her passion for the subject, to redefine the way her science was presented on television.

She made her name with two series in particular, The Planets (1985) and The Stars (1988), both on Channel 4. In these programmes, rather than presenting from a TV studio, Couper took viewers inside the observatories that shaped the subject she loved. Her scripts were often laced with tales of stargazers from the past, and this historical context, presented from a personal point of view, showed the process of the science, and humanised it.

Couper was a pioneer for women in science both on and off screen. In 1984 she was elected the first female president of the British Astronomical Association. In 1993 she became the first female professor of astronomy at Gresham College, London, a position that had been held only by men since its inception in 1597.

Her success with The Planets and The Stars led to her founding the television production company Pioneer Productions in 1988 with her lifelong collaborator, Nigel Henbest, and the director of The Stars, Stuart Carter. A year later the company produced The Neptune Encounter, a documentary about that year’s flypast of the eighth planet in the solar system by Nasa’s Voyager 2 spacecraft.

Couper wrote dozens of books, mostly with Henbest, including three popular titles for children: Black Holes (1996), Big Bang (1997), and Is Anybody Out There? (1998). Her recent publications include The Universe Explained: A Cosmic Q&A (2018) and the 2020 edition of Philip’s Stargazing Month-by-Month Guide to the Night Sky. The pair also wrote a monthly astronomy column for the Independent from 1987 until early this year.

Couper had been captivated by space from a young age. She was born in Wallasey, Cheshire, to Anita (nee Taylor), a historian, and George Couper, a pilot. The family eventually settled in west London. As a child, Heather would sit up at night staring into the sky. On one occasion, when she was aged around eight, she saw a green shooting star, but her parents did not believe that such a thing could exist. She was vindicated the next day by a newspaper story on the star, and resolved to be an astronomer.

Aged 16, she wrote to the astronomer and TV personality Patrick Moore asking if her gender was a barrier to a career in astronomy. She received a letter back from him saying that being a girl was no problem at all. However, on leaving St Mary’s girls grammar school in Northwood, Middlesex, Couper initially abandoned that aspiration to become a management trainee at Topshop.

After two years she realised that she was not suited to a career in retail, and in 1969 became a research assistant at Cambridge observatory, while taking maths A-level at night school. She became a fellow of the Royal Astronomical Society in 1970.

She then studied astronomy and physics at the University of Leicester, where she met Henbest. They became platonic companions for life, later (in 1985) forming the business partnership Hencoup Enterprises. Couper graduated in 1973 and began a PhD at Linacre College, Oxford. However, her drive to popularise her subject had taken hold, and she left after 18 months to begin giving talks at local societies and evening classes.

From 1977 onwards she gave regular lectures at the Old Royal Observatory at Greenwich, and in 1978 was invited to appear on Moore’s show The Sky at Night. This led to her presenting a children’s astronomy series, Heavens Above (1981), for Yorkshire TV.

Couper was also a skilled radio broadcaster. She presented the BBC World Service’s astronomy magazine programme Seeing Stars (1994-2000) and Britain’s Space Race (2007) on Radio 4. The following year, also for Radio 4, she wrote and narrated Cosmic Quest, a history of astronomy over 30 15-minute episodes.

Beyond astronomy, Couper’s interests were the countryside, church architecture and classical music. She and Henbest lived first in Greenwich, and then in the Chiltern Hills. He survives her.