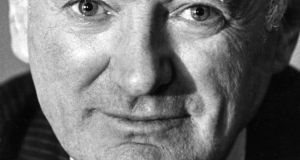 Tom Woulfe, who has died aged 99, was best known as one of the founding fathers of the modern GAA.

Although he was a man who was in many ways slow to change – he never owned a car or a computer and was a cyclist until his late 80s, when his bike was stolen in Rathmines – Woulfe was an innovator in both the GAA and in his 44-year Civil Service career.

He was born in Beale, near Ballybunion, in 1915. From age 10, his first love was football. It has been suggested that Woulfe was the first recipient of a sporting scholarship in Kerry in 1932. Having won various football medals (Dunloe Cup) with St Brendan’s in Killarney he wanted to change school. When his late application was turned down by the CBS in Tralee due to lack of places, the “football” Brother happened to meet him and his father as they left and, hey presto, a place was found. While in Tralee he played for the Rock, and for Faha, a constituent of the present Beale club.

In 1934 he was involved in founding the Civil Service club, of which he remained president for the last 45 years. In 1944, still in his 20s, he became manager of the Dublin senior football team, while also serving as private secretary to minister for justice Gerry Boland during and after the Emergency.

Other Civil Service career highlights include setting up the adoption board in 1953 as its first registrar. Adoption changed the lives of thousands who had been informally adopted, a common practice then.

In 1959, he began his great work, a campaign to remove the Rule 27 ban on playing, or even attending, “foreign games”, finally succeeding in 1971. He believed the ban was unworthy of the GAA and insulting to Irish people who played these sports. He co-ordinated a propaganda campaign, writing letters to the papers for associates to sign, then, unknown to these associates, writing further letters under pseudonyms attacking the first letter, thus keeping the controversy alive.

When he gave speeches in draughty country halls with little or no amplification he supplied journalists with an advance copy of his speech accompanied by a two-paragraph summary of same. It was no surprise that he got good coverage.

It is fair to say that had the ban not been removed, the GAA as we know it today would not exist. The modern Dublin/Kerry rivalry would arguably never have developed as some key players of the 1973/76 Dublin team would have been banned because they played soccer and rugby.

He was also involved in the invention of the compromise rules game. The first Australian team to tour Ireland played against Civil Service GFC on the eve of playing All-Ireland champions Meath in Croke Park in October 1968. The Central Council had decreed that full GAA rules would apply.

At half-time the Aussies were being well beaten and had scored only one point, unable to master the pick-up. Woulfe and the referee of the day, Down’s Joe Lennon, felt that if replicated at Croke Park this would be a PR disaster and suggested both teams be allowed the straight pickup off the ground. The rest is history, Australia beat both Meath and All-Ireland finalists Mayo and the tours continue to this day. Woulfe occasionally wondered whether helping the hybrid game to be born had been a good idea.

His profile on “the Ban” overshadowed many of his other innovations. In 1946 he got Dublin Championship matches changed from their “traditional” time of noon on Sundays: attendances doubled. He also tried to have a national loan floated to fund ground acquisitions. His motto was “a club with its own grounds survives”.

He remained, literally, “a man of letters”, playing a minor role in the removal of the GAA ban on members from the RUC or British army, though enough of a role to receive “West Brit” hate mail and death threats signed by “P O’Neill”, purportedly from the IRA.

The best summary of Woulfe was by the last president of the GAA, Liam O’Neill, who called him a dissident: he defined a dissident as someone who was right but ahead of their time.

He was predeceased by his wife, Cait, in 1972 and daughter Siobhan in 1947 and is survived by his daughters Sr Eithne SSL, Gemma (Hensey) and Una (Nolan) and his sons Tom and Muiris de Bhulbh, together with 18 grandchildren and nine great-grandchildren, all but one living in Ireland.

Loitering without intent: give teens a break this summer
10