Telling people they’re perfect exactly as they are is lying

Laura Kennedy: We all know we could be better than we are. We just need self-belief 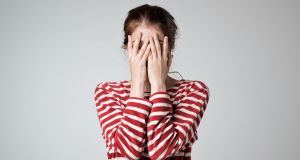 Low self esteem and confidence can stop us in our tracks

Self-confidence is frustrating to navigate – now more than ever. In Ireland at least, the possession of belief in one’s right to be wherever they were was historically considered a ‘notions’ and possibly sinful state of mind, best restricted to morally dodgy types like actresses, finger wagging priests and second-hand car salesmen.

Thankfully, we have moved away from that assessment, and now consider basic belief in one’s own individual human value to be advisable for everyone, regardless of whether a person fits into socially accepted or stereotyped versions of what they are ‘supposed’ to be, or not.

It is possible, though, that we have gone too far in the other direction, because mantras of inherent perfection are also utter nonsense. Telling people that they are perfect exactly as they are is, without a single exception, a lie. We could all be better. While we should be free to make poor choices, we are not entitled to have them celebrated by others, and if those choices impact other people, then those people are entitled to tell us about it. We are not complete, we are not ‘finished’. All of us, without exception, need work all of the time.

This is exhausting, particularly when you think about it in relation to self-belief or confidence. For so many of us, lack of self-confidence is a major factor that holds us back. It can be much more powerful than external pressures.  Under its influence, we decide not to apply for that job we might be good at because we tell ourselves we would never get an interview anyway; we choose to stay with partners who don’t fit or are not good to us, because we feel we can’t do better, or can’t be alone. Lack of self-belief is a major impediment to progress. Even more insidious, it is an impediment to effort, because we pre-emptively exclude ourselves from pursuing opportunities we might excel in before others have the chance to reject us.

We are constantly told that self-confidence is something we should just have, or that it is robbed from us irretrievably by other people. The days when you feel like a slug mumbling across the lettuce leaf of your own life are precisely the ones when you need to push yourself hardest, and obviously, find it most impossible to. Spending significant mental energy trying not to tell myself I’m incapable of things was not something that, as a child, I anticipated would be central to the adult experience. That way of thinking is so unnatural to small children, who seem to have an inbuilt sense that they can at least try anything. Sadly, the pumped stomachs, broken bones and ruined birthday parties that result catapult us into cautious adulthoods.

Because I have a gift for procrastination and an interest in learning about new things, I was recently reading about dog training (I don’t have a dog). I read with interest that it is especially difficult to toilet train a dachshund – those cobby legged, barrel chested little sausage dogs –  because the training is the work of the dog’s lifetime. It never learns with finality, but has to be reminded, and good practice must still always be encouraged and worked upon. This struck me as having significant overlap with human self-belief, in that it appears to have an inherent inclination, if left unattended, to shite all over the good carpet, leaving you to scrape it off and fetch the special cleaning fluid.

Self belief is sand running through clenched hands;  a state of mind that is sometimes attainable under certain conditions, and will leave you frequently, sometimes inspired by a failure or mistake, and sometimes spontaneously, simply because it is an inconsistent, fickle beast.

Often, it is temporarily boosted when something or someone external to us signals that we are worthy, or good, or valuable. Sometimes, it eludes us even when this happens. When you need it most, it is often absent. It is useful to remember though, that so much of self-confidence – our own and other people’s – is about performance. By dancing the dance of someone with belief in themselves, you can miraculously generate it. You can get the dachshund to pee in the shrubs. Sometimes.

Does aromatherapy have any real benefits?
10