Seán Moncrieff: My new year’s resolution is to prepare for my death

I’ve always known that I’d like to be buried, and I’d also like ice cream at my funeral 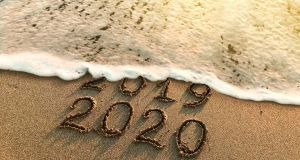 None of us like to think about our demise, for pretty obvious reasons, unless we have to, and many don’t even get that chance. Photograph: iStock

These columns have to be written some days before publication, so by the time you get to read it, I could be dead.

That’s not the plan, obviously. It’s just possible. It’s always possible. There might be a freak earthquake. A brick might fall from one of the dozens of hotels being built around Dublin and hit me on the head. It could, incidentally, hit you on the head too. Unless you’re not in Dublin much.

It’s also oddly comforting, knowing that I have left things as neat as possible. The practical side is pretty straightforward

But that’s not the point. None of us like to think about our demise, for pretty obvious reasons, unless we have to, and many don’t even get that chance. If it’s a relatively slow process where you’re still lucid, you can make all sorts of arrangements: make sure the 19th version of your will is witnessed, tell the kids that you want the words Sex God put on your headstone, and insist that they play Rod Stewart at the funeral.

And while this is somewhat immaterial to you – you’ll be dead – it may be something of a comfort to them. It relieves them of having to guess what kind of a funeral you might have liked, while making sure the financial arrangements are in place at least reduces the possibility of a cut-throat feud when they find out you’ve left the house to a cats home.

Not everyone gets to do this. A lot (I have no idea what the proportion is, so I’m just going to go with a lot) of people who died haven’t properly prepared for that death, either because of denial or because they didn’t see it coming. (My preferred exit, by the way).

And it’s not just about a will or the funeral. It’s PIN codes and passwords for bank accounts, electricity bills and car tax: even the email addresses or phone numbers of colleagues or friends who, unless contacted by your family, might not learn about your expiry until long afterwards.

So my new year’s resolution was to prepare for my death. It seems an act of consideration, or perhaps more accurately, reparation. I have been inconsiderate enough to die, after all, leaving all the ramifications of that with my family, but particularly with Herself.

I remember my father telling me that he didn’t want tears at his funeral. Which was his no-fuss way. But also, a bit disingenuous. Of course you want tears, and then laughter.

It’s also oddly comforting, knowing that I have left things as neat as possible. The practical side is pretty straightforward. There’s a file listing all the financial stuff, offshore back accounts, shell companies and the locations of my Nazi gold bullion. And by the time you read this, I will have made a will. You’ll be shocked to learn that, unusually for a middle-aged man, I didn’t fancy thinking about my death so I put off making one. There is also the fact that I will have damn all left to leave. (I may have “Spent the Lot” inscribed on my headstone.)

Thinking up funeral ideas is, dare I say it, rather fun. I’m toying with various notions, which may change over time. But one thing I’ve always known is that I’d like to be buried and I’d also like ice cream available. I have no idea why, but I like the idea that once I’ve been lowered into the ground, there is an ice cream van handing out cones. It’s particularly odd given that three of my kids are lactose intolerant vegans. It’ll be a nightmare for Herself to organise.

I remember my father telling me that he didn’t want tears at his funeral. Which was his no-fuss way. But also, a bit disingenuous. Of course you want tears, and then laughter. A few stories about how I was a cranky arse. So, the first piece of music is designed to get the crying started, so everyone can get it out of the way. It’s This Bitter Earth/On the nature of daylight by Max Richter and Dinah Washington. Have a listen. Even while I’m still alive, you’ll bawl.