Seán Moncrieff: I find myself in pointless rows where neither of us will change our mind 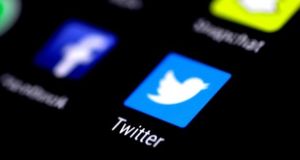 I also wonder if being nice is somehow unhealthy: you’re sucking up abuse, often personal and hurtful, in the interests of trying to create some sort of honest dialogue. Photograph: Reuters

You may be about to make a series of rash promises to yourself. Come next Tuesday, you’re going to be slimmer, fitter, kinder. Through force of will, you will reverse the ageing process.

Or you may decide that you’re young and pretty enough, but what requires a re-fit is the Ethical You. This path to moral purity may involve actively helping others, or shopping in a tortured moralistic way. Eggs, socks and party hats will all have to have their provenance researched to ensure that the production process did not so much as hurt anyone’s feelings; that not one drop of carbon-based fuel had been used to bring this product into your possession.

Yes, you’re setting yourself up for frustration and disappointment: there’s no such thing as a completely ethical product; just products that are a bit less awful than others. Attempting to shop ethically is as much a reminder of how morally compromised we all are.

Not that we shouldn’t try: of course we should. But it’s a matter of continually failing better rather than reaching some virtuous terminal. And on the plus side, that failure can save us from smugness and moral superiority.

Even when I ignore the petty digs and slurs and seemingly deliberate misinterpretations of what I’m saying, it seems to get nowhere.

But for my money, not that it involves money, the most difficult change to make is to be nice. Not in person. That’s easy enough to do, even if you’re meeting people that you loathe: one of the many handy pre-loaded aspects of being Irish is the ability to be two-faced. The difficulty comes on social media where I find myself sucked into pointless rows with people where neither of us will change the mind of the other: where we end up dug in even deeper into our respective trenches.

Afterwards, I fantasise about how I could have conducted myself better: that I could have reminded myself that this is (probably) a human being, with feelings and a family, with fears and a desire for us all to be nicer to each other.

Once reminded of this I become far less combative and far more inquisitive, where I genuinely wonder where this person generated their point of view; no matter how bonkers and illogical it is. I take on this twinkle-eyed Burl Ives/Santa persona, where I’m gentle without being woosie, and the weight of my kindness and wisdom is unmistakable. We part, perhaps not as friends, but having left an impression upon each other: a reminder of our common humanity

Never manage it. Even when I ignore the petty digs and slurs and seemingly deliberate misinterpretations of what I’m saying, it seems to get nowhere. I think of that Proust line, the one from his other book: When we are nice to others, we generally lose all claim to their respect.

I’ve quoted Beckett and Proust in this column. No wonder I annoy people.

I also wonder if being nice is somehow unhealthy: you’re sucking up abuse, often personal and hurtful, in the interests of trying to create some sort of honest dialogue. The reaction to each of those verbal punches has to go somewhere: and might spring out in some other aspect of my life. In sudden rages or stony silences. I often wonder about seemingly unflappable politicians, and the amount of castigation they have to endure. I wonder does Leo Varadkar go home sometimes and cry.

But in complaining about the difficulty of being nice, I’m not being nice. I’m missing the point of being nice. Being nice doesn’t imply a reward system. If I’m respectful to someone on Twitter I shouldn’t do it because I want or deserve their appreciation. I should do it because I believe it’s the right thing to do: which of course sounds completely arsey. That makes it even more difficult. Now I want to go on social media and insult myself. Happy New Year.

BRCA1: ‘I’m lucky that I have the chance to take preventative measures’
9