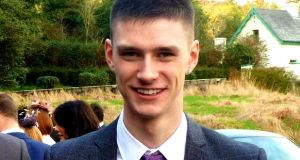 My brother Jack: We will not get to celebrate his 21st birthday this year

I got lost down an Instagram rabbit hole the other day and found myself on the profile page of a young woman from my rural hometown, who appears to be competing in some kind of beauty pageant.

I spent quite a while looking at the pictures and admiring her for having the moxie to put herself out there like that. Then I started to feel very sorry for myself because I did not have anything close that level of self-confidence at her age.

A little further down the rabbit hole I suffered an unpleasant jolt back to reality.

In among her pretty, posed and stylised photographs is a picture of my youngest brother Jack.

He is beside her in the kitchen of somebody’s house, and it looks to be late at night. There are cans of cheap beer strewn across the table, and the room is smoke-filled.

Really, it looks just like any house party I had ever been to when I was their age.

The two of them, Jack and this young woman, are surrounded by people, but only they are looking into the camera lens. Both are wearing mock-scolding glares directed at whoever was taking their picture.

The caption read: “Both hating having our photo taken” followed by a laughing emoji.

Yes, my then 18-year-old brother was probably up to devilment at what looks to be a fairly raucous party, and yes that is probably a cigarette in his hand.

But I am not hugely concerned by this. That is not why the photo delivered an imaginary punch to the stomach. It’s not why my eyes filled with tears and I immediately put my phone’s screen to sleep, before quickly turning it back on to look again at the picture.

It was his face and that cheeky, knowing, mock-scolding look on it. It is because I have not looked at that face, with those lovely dimples, for nearly two years now.

I was 13 when my parents told my three siblings and me that they would be having another baby. That was an awkward age to hear something like that, and I was totally disgusted because I knew exactly what that meant. My parents had had sex and that was gross.

When Jack was born on Christmas Eve 1996, they made me godmother in a bid to get me back on side. It worked, and for the rest of his life I was obsessed with him and with making sure that he thought I was cool.

In December each year I was always consumed by what to get Jack for Christmas, frantically calling my mother to find out how much he'd grown and what size he was now wearing – he shot up to 6ft 4in over a three-year period. I'd agonise over which of the two things I bought I would give him first for his birthday on Christmas Eve, then on Christmas day itself.

For the past two years I have not had to do that because Jack is not here anymore.

We will not get to celebrate his 21st birthday this year because, for whatever reason came into his head on New Year’s Day in 2016, he, like too many young Irish men, decided this world was not for him any more.

I am so thankful for the Christmas we had that year. We could never have known it would be our last with Jack, but, by chance, it was one of the best Christmases my family has ever had together.

This year is hard, last year was harder. Every year will be tinged with a lumpy throated, gut-wrenching sadness. But sometimes I can think of Jack now and smile a little. Not often, but sometimes, and that is what grief is like I suppose.

I did not have worry about impressing Jack with a gift this year and will never have to again. There is little I would not do to change that, but I cannot.

After seeing that picture of him on Instagram, I felt guilty about how much I try to not think about him and decided to spend the money I would have used to buy his Christmas and birthday gifts on something good to honour his memory instead.

Now, there is one half of a cow on its way to a family in Africa in Jack’s name.

I think he would think that’s cool.