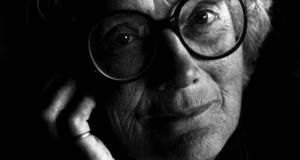 Mary Warnock considered philosophy useful in analysing the practical issues debated on the numerous committees and commissions she chaired or sat on.

The philosopher Mary Warnock, who has died aged 94, is most remembered for chairing the UK government’s committee of inquiry into human fertilisation that laid down guidelines on embryo research and surrogate motherhood. She was never “a real blood-and-bones philosopher”, she said, or “much good” at the subject, and her books she mostly wrote for money.

She recalled her dismay at the insistence by her fellow philosopher Elizabeth Anscombe that there should be at least one philosophical problem that she found agonising. She did not. Brisk, shrewd and energetic in all she did, she considered philosophy useful in analysing the practical issues debated on the numerous committees and commissions she chaired or sat on.

A consummate chair, she was skilled at giving people rein in discussion (“There was no dragooning”), knowing exactly how long to let the members debate an issue and when to insist that the time had come to reach a conclusion. She also knew when to postpone troublesome issues so that, as one of the demurrers on the fertilisation report conceded: “When you came back you’d be surprised at how far the block had melted away.”

The human fertilisation committee (1982-1984) was one on which feelings ran high, above all on the issues of embryo research and surrogate motherhood. Warnock believed that morality involves the engagement of feeling and that those dealing with public morality should respect ordinary people’s moral intuitions. She somehow managed more or less to satisfy the conflicting claims of science and religion.

The report’s recommendations, although opposed by “pro-life” campaigners, became law in the Human Fertility and Embryology Act 1990, which was applauded for its “sensible balance” and judicious catering for possible eventualities.

It was largely for her contribution in this area that Warnock was made a DBE in 1984 and the following year a life peer, sitting as a crossbencher.

Born in Winchester, Hampshire, Warnock was the daughter of Archibald Wilson, a housemaster at Winchester college who had died two months after her conception, and his wife, Ethel (nee Schuster), the daughter of a Jewish banker. She was the youngest girl in a household dominated by a much-loved nanny and her distantly impressive mother.

That she grew up in this cultured matriarchy was probably conducive to the “inner self-assurance” which, she self-deprecatingly confessed, made her consider herself more musical, philosophical and well read than her fellow pupils at St Swithun’s school in the city.

While studying classics after obtaining a scholarship to Lady Margaret Hall, Oxford, she was sexually harassed by one of her teachers, Eduard Fraenkel, but she brusquely dubbed this a price worth paying for his inspirational teaching, and later made him the subject of an article on the best teacher she had ever had.

Warnock temporarily left Oxford in 1942, having signed up for the army, but, rather than going to Bletchley Park, her war work came to consist of teaching for two years at Sherborne school, Dorset. Returning to the university in 1946, she got a first in her finals, then did a BPhil in only one year. In 1949, she married Geoffrey Warnock, a fellow of Magdalen College, and became a fellow and tutor at St Hugh’s.

Yet, with her characteristic hurried, eager gait, Warnock was also constantly rushing back from St Hugh’s to clean the house, cook “proper meals”, and look after the children (there were five eventually). Like any conventional 1950s housewife, she even got Housewife magazine.

In the late 1950s, she was asked to contribute the volume on contemporary ethics to the Oxford University Press series known as Home University Library. When the book was practically completed, she had a phone call from JL Austin, a leading Oxford philosopher connected to OUP, to tell her that “there was this thing called existentialism, and this chap called Sartre”, and perhaps there should be a chapter on them.

For some years she was almost the only person in Oxford supervising graduate students working on Sartre or other continental philosophers. She probably relished the incongruity by which Sartre, at the time a Maoist and always so terribly keen to épater the bourgeois, should (apart from Iris Murdoch’s earlier book) have been introduced to the English by someone who loved Trollope and described herself as a natural Tory.

In 1966 she became headteacher of Oxford high school. She was typically enthusiastic and energetic, making friends with many of the parents, taking up the French horn because the school orchestra was low on brass, and racing home every evening in time to give her children their supper.

In 1972 she resigned the headship because, her husband having been elected principal of Hertford, there was a lot of redecorating and entertaining to do in the Hertford lodgings, and also because she wanted to write a book on the imagination. She became a fellow of Lady Margaret Hall, was a vociferous member of the Independent Broadcasting Authority (1973-1981), wrote Imagination (1976) and three books on education in the late 1970s, and from 1974 to 1978 chaired a committee of inquiry to debate the rights to education of what were then called “handicapped” children.

Aside from what she saw as Margaret Thatcher’s “vendetta” against teachers and academics, Warnock also had a personal distaste for the Tory leader, whose rudeness she had encountered at an IBA lunch, and whose philistine style was so much at odds with her own careless patrician grace. While entertaining a journalist, she gave an aptly snobbish assessment of Thatcher’s “odious suburban gentility”, and how she “epitomised the worst of the lower middle class”, and he put it into print.

At the age of 60, Warnock was appointed mistress of Girton, but she felt guilty for not being on hand for her husband’s final stint as Oxford’s vice-chancellor. She retired six years later, and she and Geoffrey moved to a village near Marlborough, Wiltshire, where they could indulge their love of gardening.

Unlike so many philosophers, Warnock was exceptionally clear-sighted about her own failings. At school she had begun to monitor herself for insincerity, arrogance and missing the requisite standards of goodness in thought, word and deed.

“Nothing was or ever could be truly intolerable,” she decided, “except the recognition that one had behaved badly in some serious, non-trivial matter.” This certainty, and her courage, cleverness and indefatigable energy, set her course through life.

She leaves her children Kitty, Felix, James and Boz (Maria); another daughter, Fanny, predeceased her.