Working as the chief state pathologist made Cassidy very well known, something she found ‘disconcerting’ 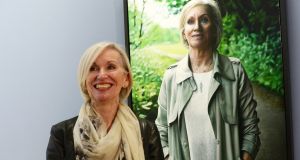 Marie Cassidy: “Women are very good at modern forensic pathology because we are happy to be part of a team.” Photograph: Cyril Byrne/The Irish Times

Of her very first autopsy, former chief state pathologist Prof Marie Cassidy admits that she made a “complete hash of it”.

“My first case was an embolism, but I didn’t know that at the time, and I picked all of this clot out of the lungs and thought, ‘I’m doing a great job here, clearing these lungs out’,” Cassidy recalled, speaking with Róisín Ingle on The Irish Times Women’s Podcast Big Night In on Saturday. “The nurse came in, looked in the sink and said, ‘that’s what was blocking his lungs.”

Cassidy originally worked in medicine in her native Scotland. “I found it very disturbing, people being very ill and then dying. I couldn’t really cope with that,” Cassidy admitted.

From that slightly unlikely beginning, Cassidy went on to become one of Ireland’s best-known State Pathologists, succeeding Prof John Harbison in the role in 2002.

Since her retirement two years ago, her official replacement has yet to be hired.

“I’m such a hard act to follow, you see,” Cassidy joked. “It’s a worldwide problem, actually – the numbers of people going into pathology have dwindled.”

Ironically, there are more women than ever joining the profession, said Cassidy.

Asked if she feels whether female pathologists have a different intuition to their male colleagues, Cassidy noted, “I think we do. Women are very good at modern forensic pathology I think because we are happy to be part of a team. We don’t have to be a big central figure. This probably sounds a bit sexist, but all of my male colleagues know that the best thing I could ever say to them is ‘you’re working like a woman’.”

In her 21 years working in Ireland, Cassidy worked on a number of high-profile murder and suspicious suicide cases, including the cases of Rachel O’Reilly and Siobhán Kearney.

She spoke about both on the Big Night In. “I can still remember driving out to that scene,” Cassidy notes, referring to Rachel O’Reilly’s death. “By the activity around the house, I knew this was something very serious.

“It obviously starts with a call, and when you get the call, you’re having to think this person could have been killed by someone else. I make sure I find the cause of death, then get all the evidence that might be needed.

“You have to sort of tell the story of what happened, so this person is dead and you are the person... having to give them the full respect and dignity of finding out how that, and how they transitioned from life to death.”

“Everyone has their theories, but I try not to listen to that and shut it out, and focus on what I have to do. My role is to look at the body and see what I can get from that. It’s not my job to be emotional – it’s not my job to mourn the person. My job is to do what I can for them and for their families. It’s usually weeks, if not months afterwards that I become emotional about a case, usually when I meet the family.”

On whether the responsibility of the role bore on her strongly, Cassidy went on to say: “You always know that anything you say is going to be taken down and used as evidence, literally, and so you always have that weighing on you, making the wrong call. All of us suffer from that. Even walking into the witness box, I’m still thinking, ‘what if I got it wrong?’

“There’s always that fear, and particularly with cases that are unusual, but I find those cases the most intriguing,” she added.

Working as the chief state pathologist made Cassidy very well known; something she admitted she found “disconcerting”.

“People think they know me because I have a bit part on a television show called the news, so people assume they know me. When it happened, I tend to retreat into myself.”

On visiting to Ireland in 1997, aged 30, to work with her predecessor John Harbison, Cassidy recalled: “I heard my name over the tannoy… and then I got picked up by gardaí at the airport and I thought, ‘this is very strange’. They then said, ‘Jack’s at the scene waiting for you’.”

Cassidy went to work with Harbison at the scene of what were termed the “Grangegorman killings” – the murders of Sylvia Shields and Mary Callinan, then service users at St. Brendan’s psychiatric hospital in Grangegorman.

“And throughout that day, no matter where we went walking down the street, people knew Jack,” Cassidy remembers.

The Big Night In, sponsored by Green & Blacks, is a series of six live events hosted by Róisín Ingle in conversation with “inspiring, entertaining women”. The final event, on December 12th, is with broadcaster Olivia O’Leary. To purchase tickets and find out more, go to irishtimes.com/big-night-in.