Margaret Robinson obituary: Larger-than-life character who was loved by all

Lives Lost to Covid-19: ‘Marge’ travelled the world and enjoyed life to the full 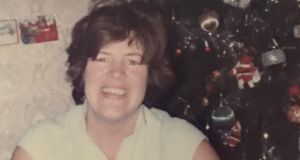 Margaret Robinson ‘was so wonderfully loud and so colourful’. Photograph: Joanna Hughes

When Margaret Robinson closed the front door of the unhappy London house she was forced to call home and set off to see a little known singer perform in the Palladium, she probably had no idea her life was about to take a dramatic turn for the better.

Margaret – or Marge as she was known – had a ticket to see Shirley Bassey. It was the late 1950s and the Welsh singer was making waves on the London music scene and on the cusp of stardom.

It was a rare night out for Marge, who had been living a sad and lonely life in London for three years.

She was just 14 years old when her mother was hospitalised in Dublin, suffering from what her family now understand was post-natal depression although it was not diagnosed as such at the time.

In the wake of her mother’s illness, her father had separated Marge from her two siblings – a four-year-old brother and an infant sister. They were sent to live with foster families in Ireland while she was shipped off to London where she was given digs with people she did not know and sent to work in a factory.

“It was a miserable time for her and the family was awful,” her daughter-in-law Joanna says. “But then she went to see that Shirley Bassey concert, it was the singer’s first time performing in the London Palladium and Marge always said that it gave her the strength to leave the family and set out on her own.”

That is what she did. She left the family she had been left with and the factory and found work – and a new life – on the London buses.

She wasn’t long on the buses before she met Tom. He was a driver and Marge was a conductor. “We have all of these pictures of her on the buses in the uniform with the leather satchel she used to keep the coins in draped around her neck,” Joanna says.

They married soon after meeting and by the time she turned 21, Marge had given birth to three sons.

She reconnected with her siblings who were still in Ireland and then, 15 years ago and over 50 years after she was first uprooted, she moved back to Dublin to be closer to them

While raising her family, she discovered she had a rare talent for darts. “She played for a London darts team and they travelled all over the UK taking part in competitions. She had trophies coming out of her ears,” Joanna recalls.

When her children reached adulthood, she and Tom divorced. “I think she wanted her independence,” suggests Joanna.

She used it wisely. “After that she travelled the world and enjoyed life to the full,” Joanna continues. “She wasn’t the type to be happy with some resort on the Costa del Sol or anything and she went to Canada and the US and Africa, she travelled all over the place.”

Her travels, ultimately, led her home. She reconnected with her siblings who were still in Ireland and then, 15 years ago and more than 50 years after she was first uprooted, she moved back to Dublin to be closer to them.

“She was so wonderfully loud and so colourful and had such an appetite for adventure,” Joanna says. “She was simply a larger-than-life woman and will be greatly missed by her sons, her eight grand-daughters, her four great-grandchildren and her brother and sister and a lot more people besides.”

On May 1st, Marge died in the Mount Carmel nursing home after contracting coronavirus.