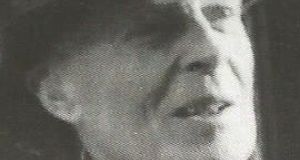 Dr Roddy Evans, who died in Belfast on September 9th, aged 97, played rugby and cricket for Leinster schoolboys, was a skilled surgeon who practised medicine on five continents, and a participant in bringing peace to situations in India and Northern Ireland.

Born in Woodtown, Co Meath, on January 25th, 1923, he was educated at the King’s Hospital and Trinity College Dublin, qualifying in medicine before becoming a fellow of the Royal College of Surgeons of Ireland working in Dublin and London hospitals.

At university, he had encountered Moral Rearmament (MRA, now renamed Initiatives of Change) which he liked because “it was practical Christianity based on putting your own life in order first so that you could do some good”.

In 1952, Dr Frank Buchman, founder of MRA, received invitations from Asia’s young leaders to take a group of 250 people there to help with the reconstruction of the continent. Roddy offered to be part of their medical team and was accepted on the basis that he received no salary. Purchasing four tomes on tropical medicine in London, he read them during a four-day journey in a noisy converted military aircraft to Sri Lanka where he joined the group. They toured India, spending a month in beautiful Kashmir, which had experienced the trauma of partition in 1947, dividing it between Pakistan and India and becoming a source of conflict since. The group travelled to the border, picked up their suitcases and walked across into Pakistan, one of the first groups to do so.

He often spoke about the tragedy of partition, the template for which was his own country. He had a gracious and genial approach which won friends wherever he went. They included the former Burmese prime minister, U Nu, who had been ousted in a military coup and placed in detention on the bogus pretext that he was senile. On the basis of U Nu’s past friendship with her late father Jawaharlal Nehru, Indian prime minister Indira Gandhi arranged for U Nu to come to India where Roddy met him and conducted a wide range of western medical tests which proved he was in good health. No attempt, however, was made by the Burmese authorities to reinstate the democratically elected leader.

In the northeast of India in the late 1960s, the Khasi Hills people were demanding a separate state with some demanding complete independence and prepared to have a guerrilla war to achieve it. A Khasi delegation came to Dehli to negotiate with the Indian government. Roddy and Indian colleagues organised a dinner for them one evening to meet Irene Laure, a former French Resistance fighter who after the war had apologised to Germans for her hatred because she realised she had to change if a united Europe was to be built. Her decision helped pave the way for a meeting and reconciliation between French and German leaders. That evening was the turning point for the Khasi delegation, and Meghalaya, an autonomous entity within the Indian confederation, was the agreed result.

He returned to live in Belfast in 1970, where the 1920/21 constitutional arrangements were beginning to unravel in the Troubles. He and other Protestants and Catholics met together in regular Bible studies at the Clonard Redemptorist Monastery in west Belfast. Their meetings unexpectedly revealed that the fundamental issue was the unhealed relationship between Britain and Ireland. In this they were supported by the Rev John Austin Baker, chaplain to the House of Commons, who had given a powerful sermon acknowledging England’s misdeeds in Ireland. Later as Bishop of Salisbury he became the first Anglican bishop to preach at Clonard and at the Catholic cathedral in Armagh.

Fr Alec Reid from the monastery, which was described by a Belfast journalist as “the cradle of the peace process”, led an initiative that resulted in a breakthrough in the peace process and eventually to the Belfast Agreement of 1998. Roddy often liked to quote Fr Reid, who believed that “the only way to change things was through dialogue, leaving room for the Holy Spirit to do its work in human history”. Roddy’s public statements and booklets on the experiences of those attending the Clonard Bible Study are posted on the Ulster University’s CAIN website, which records the history of the last 50 traumatic years of Anglo-Irish relations.

He read three national newspapers daily, apart from his final year when with failing eyesight he kept three radios tuned to world, national and local news. His surgical training reappeared as he could provide sharp, precise analyses of international or national events. As one friend said: “Afterwards you knew how to think about a situation properly”.

For 70 years until he died he received no salary or pension remarking that God always seemed to provide for him. He was active in his Belfast church, enjoyed supporting the Belfast Abbeyfield Society, and was a passionate member of the Church of Ireland Men’s Society, suggesting venues and enjoying their annual excursions.

Nothing brought greater joy to Roddy than, with his friends from the Clonard Bible study group, to bring Lebanese Muslim and Christian former militia enemies to his church to speak together.

He is survived by his sister Hazel, brother Jef, and nephews and nieces and their families.

The story of Jack-o’-lantern: ‘If you knew the sufferings of that forsaken craythur’
7