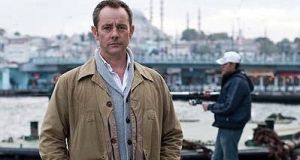 In early 2002, a young former British Army captain arrived in Jerusalem for a sensitive project. His job was to help run a prison in Jericho to hold six detainees who had been barricaded with Yasser Arafat in the Palestinian leader’s headquarters in Ramallah.

It was the first of many roles that immersed James Le Mesurier in the Middle East over the next 17 years, and which ended with his death in Istanbul this month at the age of 48. From the peak of the Palestinian intifada to the savagery of Iraq, the insatiable ambitions of the Gulf states and the blood-sodden soil of Syria, where in 2014 he co-founded the volunteer rescue group the White Helmets, Le Mesurier had a vantage point like few others.

Through his experience on the ground, working in security and as a humanitarian co-ordinator, Le Mesurier became convinced that the conventional models of stabilisation run by big-budget contractors in the region were dysfunctional, and that the only viable path to recovery was through empowering and engaging local communities.

The career he carved was perhaps unique among long-term expatriates there; it was certainly among the most scrutinised and, in recent years, among the most slandered. Stabilisation – and what the term really meant – became central to Le Mesurier’s work as he crossed a broken region, taking an ever-deepening personal stake in the events that were shaping it.

Born in Singapore to Benjamin Le Mesurier, who became lieutenant-colonel and commandant of the Royal Marines, and his wife, Ewa-Lotta, James went to Canford school in Dorset before starting at Ulster University, where he joined the Queen’s Belfast Officer Training Corps. Being a cadet in Northern Ireland was difficult at the time, and he switched to Aberystwyth University, where he took a degree in international relations and strategic studies. Sandhurst followed; there he topped his officer cadet intake, winning the Queen’s medal for character and leadership in 1993.

During trips to Baghdad, he began to see an over-emphasis on hard security as counterproductive

He made his name as a young captain with the Royal Green Jackets in Kosovo, where he was inspired by the efforts to reintegrate the Kosovo Liberation Army into civil defence roles, before joining the UN mission there as an adviser. That role, under Nick Carter (now General Sir Nick Carter, chief of defence staff), became a springboard to Jericho after he left the army in 2000.

With the guns of insurgency still blazing in the West Bank and Gaza, Le Mesurier moved to Amman in 2004 to work on another struggling cause, Iraq, which one year after the US-led invasion was quickly unravelling. During trips to Baghdad from the Jordanian capital, he began to see an over-emphasis on hard security as counterproductive and the competition for security contracts doing little for the people they aimed to help.

From 2006, he spent five years in the United Arab Emirates working for the security company Good Harbour, run by George W Bush’s former counterterrorism adviser Richard Clarke. In his downtime, Le Mesurier bought and restored a Royal Omani police patrol boat, and immersed himself in a passion for sailing and the sea. He rescued three desert dogs and joined post-tsunami recovery missions in Indonesia and Sri Lanka, committing ever more of himself to helping those without the means to help themselves.

When the UAE contract finished, Le Mesurier moved to Syria to work for the stabilisation and development company Ark. In 2014 he set up Mayday Rescue, a not-for-profit group that was the culmination of his experiences in the Balkans and the Middle East.

This led to the White Helmets, a first-responder group that trains local volunteers to rescue victims of war, which quickly became one of the most visible and lauded organisations of the Syrian conflict. It currently has more than 3,000 volunteers, who rush to the scenes of bombings to try to save the lives of those trapped in the rubble. Funded by donations from western governments, it provides body armour and medicines, as well as cameras with which regular atrocities are chronicled.

It operates only in areas of Syria that are in the hands of the anti-government opposition, and soon drew the vitriol of Bashar al-Assad and his backers, who were determined to cast the White Helmets as nefarious actors and were livid at the humanising footage that the group’s members readily produced.

The scrutiny intensified when Russia joined the fray in the autumn of 2015. Russian intelligence launched a comprehensive campaign to discredit the White Helmets, branding them an al-Qaeda front, or an intelligence operation – often at the same time. Le Mesurier was for them the ringleader who orchestrated it all.

Moscow’s efforts to delegitimise the organisation were countered with regular footage from under Russian bombs of real people rallying to rescue each other from the ruins of northern Syria’s towns and villages. “To save one life is to save all of humanity” became the group’s motto.

The White Helmets have been nominated every year since 2014 for the Nobel peace prize. The organisation won awards in France, Ireland and South Korea, and the Elie Wiesel award from the US Holocaust Memorial Museum. A film in the group’s name won the Oscar for best documentary in 2017.

The acclaim only intensified the disinformation efforts. Publicly, Le Mesurier appeared to weather it all, sticking to the model for resilience that a life in the service of others had taught him. “Whatever we can, whenever we can, for as long as we can” was one mantra.

But the stress of such a relentless smear was never far away and the rigours of running an NGO, as well as the residual impact of nearly two decades in the Middle East, had begun to take a toll. He was found below his apartment having apparently fallen from a floor above.

Le Mesurier is hailed by those who knew him as a visionary who gave his everything; his work directly led to thousands of lives being saved. He was made OBE in 2016.

He was married three times: first to Aurilie Merle; then to Sarah Tosh, with whom he had two daughters, Cicely and Darcey. Both those marriages ended in divorce. He is survived by his wife, Emma Winberg, whom he married in 2017, his daughters, his sister, Rebecca, and his parents.

My marriage is boring and polite. How do I make my husband interested in me?
Real news has value SUBSCRIBE