James Hynes obituary: a caring man who was a life-long fan of Mayo and the GAA

Lives lost to Covid-19: he gave up much of his time training junior teams, and treated the weakest player the same as the strongest 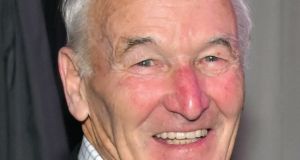 James Hynes: “He was always doing things for us. All his tools are still out in the garage”

He was christened James Hynes, but his nickname was “Jim-for-a-while”, explains his daughter Caitriona Hynes. A life-long supporter of the GAA, and a man who gave up much of his time training junior teams, he got the nickname from his gentle, tactful method of handling players who were not doing their best on the field.

“He’d never criticise their performance or say they were having a bad day. He’d just say, ‘ah, I’ll take you off for a while’, even though they’d inevitably be off then for the rest of the game. He was kind to everyone. The weakest player was treated the same as the strongest player.”

James Hynes was born near Claremorris, Co Mayo, on October 12th, 1940; one of seven children. He worked as a panel beater and spray painter for a garage in Claremorris, before moving on to Cork city to continue in this line of work. He married Mary Slattery, and they had five children, and 11 grandchildren. The family settled in Bishopstown in Cork.

He worked in the city, and made a practice of cycling home every day for his dinner. In 1981, he left the motor industry and became general operator in Eli Lilly in Kinsale, a pharmaceutical company.

He remained close to his Mayo roots, regularly visiting family back there, and always supported Mayo in GAA matches. “The one day of the year we were on opposite sides as a family was when Cork and Mayo were playing.”

He also played golf, particularly after retirement. A keen practitioner of DIY, he was always helping out with jobs his family needed doing; doing carpentry, putting up lights. “He was a kind, loving and caring man. He was always doing things for us. All his tools are still out in the garage.”