June Eric Udorie: Ten years have passed and I am returning to my birthplace as a young woman 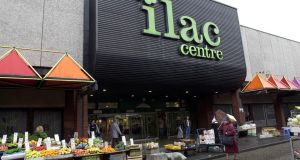 In the wake of the 2016 Brexit vote, I found myself rereading Home by Toni Morrison. In Home, we are introduced to a 24-year-old African-American man, Frank Money, a Korean War veteran suffering from post-traumatic stress disorder. Money had served in a integrated army but now has to find and make a home in 1950s segregated America. In the epigraph of Home Morrison writes, “Whose house is this?”

The epigraph to the novel is from a song cycle written by Morrison about 20 years ago, “an indication, perhaps, of how long its themes have been haunting her”. Early that morning, I feel attacked, assaulted and haunted by Morrison’s words. Morrison demands to know: whose house is this? I want to know: whose house is this? It astounds me, how a simple vote seems to have signified the immediate othering of my existence. They are only four words, but they fully encompass the rage and the fear that I am feeling, both equally at once. Whose house is this, and where is my home?

Upon our arrival in Dublin Airport, it is raining. “It always rains in Ireland,” I tell my friend, even though the last time I walked around this city, I was still a little, loud, eight-year-old. Memories of Ireland are far and few between, but I cling onto them, wrap them in the curve of my fist, protecting them from those that can rob me of them and leave my hands empty. Ten years have passed and I am returning to my birthplace as a young woman. When we walk off the plane, I take my passport out of its leather case and hold my Irish passport in my hand. I do not know then, but there is a necessity to demonstrate to anyone that will care to pay any attention that I have some sort of an identity. I am now a young adult woman, even though the word “adult” still feels too fresh in my mouth. I am determined to be a young adult woman with a place I can pinpoint as home.

When we step outside, it hits me. Dublin feels foreign, and it does not feel like home. I am shocked by the immediacy of this feeling, how it seems to grab and squeeze my heart hard, before letting go and leaving me to piece it back together again. Those memories that I had held on to for years: memories of playing outside in the snow in Martello Village, Drogheda, memories of getting lost in the Ilac centre with my sister, memories of a school trip to the pantomime at Christmas, suddenly become meaningless. What I had hoped was that I would walk off the plane and feel at home. I wanted the air I breathed to be familiar; I thought I would magically feel at peace. I was tired of feeling in and out of place simultaneously. I wanted something more that what I had, where Britain feels like home, and not; where Nigeria is my home, but so often not; and the US is a place that I live and study in, but is only just starting to feel at home. Walking around central Dublin, I notice stickers offering women advice on how to access abortions, on lamp-posts and railings, hidden across the city. I can feel as I very slowly clench my fists in rage. Is this the place that I want to call home, a place in which women are treated as vessels and hosts, a place where women like me have no autonomy over their bodies, a place where women are still unfree?

For my first few weeks in England, I carried homesickness in my belly. “It will go away soon,” I am told repeatedly, but these words bring me no comfort. Instead this homesickness develops until it becomes parasitical, engulfing the best parts of me. When the feelings of homesickness became too much to deal with, I work hard to ignore them until they died. It will take many years before London will become home, and until then, I carry the remaining fragments of homesickness in my belly, yearning for a place that I can point to and identify as mine.

I lose myself in my second reading of Toni Morrison’s Home because Morrison uses Frank Money to articulate that universal trauma that some of us are unluckily burdened with, of not knowing exactly where we belong and where we can rightfully claim as our own. Money says that he is “not totally homeless, but close” and those words ring so true, that I find myself stopping as I read it, because I cannot go any further, yet. It is in Morrison’s words that I finally feel at home. I feel safe, comfortable, at home, in the words and writing of a black woman. I find myself thinking about the renowned essay, How It Feels To Be Colored Me, originally published in 1928, where Zora Neale Hurston writes, “I feel most colored when I am thrown against a white background.”

That sentiment has been repeated so often, that it can often feel trivial, but as I sink into the fabric of Morrison’s writing, I can feel the truth of it warming up my bones. Because here, I am not against a white background. I am able to blend in and be my full self, acknowledge the way I feel and know that know that in her words, I am safe. It is what, I suspect, a home should feel like. As I read Morrison, and the work and stories of other black women, as I navigate through the world as a young woman and in this black body, I wonder if I can ever really feel at home in a world that has benefited so much from the dehumanisation and degradation of the black women. I wonder if I can really claim Britain, and Nigeria as home, but be aware of the violence, trauma and instability and war that colonialism has led to. I wonder if I am going to constantly live with this paradox, this push-and-pull of always yearning for a home that is elsewhere; I wonder if the homesickness in my belly ever really died, or if it will always remain there, or at least parts of it.

The Igbo word for love is ifunanya, and its literal translation means “to see”. When Ireland votes to repeal the Eighth Amendment, I am on my couch in my new home in New York, and I weep. I am surprised by how much it means to me, how relieved I am to know that Irish women and girls are finally free, how incredible it is to know that Irish women and girls have been finally seen. And that’s when it hits me. Home, is where I do not feel compromised. Home is where I have made my memories, and where I have found happiness. Home is where I can be vulnerable and where I can laugh, where I can clap my hands as I talk and dance.