Hoax papers: The shoddy, absurd and unethical side of academia 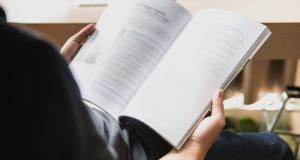 Last week, three academics – Helen Pluckrose, James Lindsay and Peter Boghossian – revealed a project they had been working on for a year. By writing 20 hoax articles, which they submitted to academic journals for peer review, they set out to show that ideology and poor scholarship abound in academic fields that they characterise as “grievance studies”.

This area can be difficult to criticise, since it focuses on delicate and important areas such as gender and race, which merit careful research and scholarship. The three endeavoured to become subject experts in “grievance studies” by immersing themselves in the scholarship and culture.

They set out prove that simply by using the lexicon of these fields and emulating their bad methodologies, they could pass the review process of respected journals and publish poor, immoral, or meaningless ideas.

In doing so, Pluckrose, Lindsay and Boghossian have rightly identified a disturbing cultural and methodological shift within academia, where certain journals routinely publish and promote shoddy academic work.

The papers they published were deliberately ridiculous and poor. According to the authors of the fake articles “ . . . each paper began with something absurd or deeply unethical (or both) that we wanted to forward or conclude. We then made the existing peer-reviewed literature do our bidding in the attempt to get published in the academic canon . . . This is the primary point of the project: What we just described is not knowledge production; it’s sophistry . . . The biggest difference between us and the scholarship we are studying by emulation is that we know we made things up.”

One paper about rape culture in dog parks (in which the writer claimed to have inspected the genitals of just under 10,000 dogs while asking their owners about their sexuality) was honoured for excellence as one of 12 exemplary pieces in feminist geography by highly ranked journal Gender, Place and Culture, which published the paper.

Another – a feminist rewriting of a partial chapter from Adolf Hitler’s Mein Kampf  – was enthusiastically accepted by feminist social work journal Affilia. The project came to a premature end when Twitter account, Real Peer Review – an account which focuses on exposing poor quality academic scholarship – drew attention to the “dog park” paper.

The Wall Street Journal began to investigate, and the three authors went public with their project before it was finished. By that point, they had succeeded in getting seven papers (a huge number in such a short time), which they describe as “shoddy, absurd, unethical and politically-biased”, into respected journals and can now claim to be subject experts in the discipline they have undertaken to expose. Their detailed account of the process for Areo Magazine, in an article called “Academic Grievance Studies and the Corruption of Scholarship” is fascinating and important reading.

You may wonder what the big deal is –  the majority of people will never read a scholarly journal article. However, peer-reviewed journals are, as the Areo article states, “the absolute gold standard of knowledge production”; they are an intellectual pinnacle from which concepts leak down into culture and common usage.

As an example, the article references Robin Di Angelo’s concept of “white fragility” (positing that privilege has made white people weak, causing them to behave like spoilt children if their privilege is challenged). Di Angelo first wrote about the concept in 2011. The term is now used in common parlance, especially in the US, and it has gained popularity in Europe among people who have certainly not read DiAngelo, as well as those who have.

I was recently chatting with an Irish blogger who used the phrase casually. I asked her if she was familiar with DiAngelo – she was not, nor is it her job to be. It is, however, the responsibility of academics disseminating their ideas to prioritise rigorous methodology and sensible evidence for those ideas before sharing them with others. Academic terminology and concepts do permeate ordinary lives, and Pluckrose, Lindsay and Boghossian have made a very strong statement about how inaccurate, irresponsible and poorly researched some ideas coming out of certain branches of the humanities really are with this project.

It could be funny if it weren’t so worrying. The project’s three authors have started a very important conversation.