Future of Jackie Kennedy letters to be decided within days 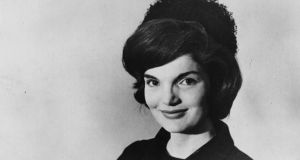 The letters between Fr Leonard and Jackie Kennedy were withdrawn from auction on Wednesday. Photograph: Getty

Relations between the Kennedy family, the Vincentian congregation and All Hallows College in Dublin were “absolutely cordial”, with all hoping the future of the Jackie Kennedy letters would be decided “within a couple of days”, a spokeswoman for the college has said.

The letters were withdrawn from auction on Wednesday at the direction of the college and the congregation, following contact by the Kennedy family.

Ms Henry said all parties “are in consultation as to how best to proceed”. It was “just a question of finding the best outcome for all”.

She also said “the Kennedy family had been made aware of the letters by the college in the past”.

The decision to withdraw the letters from auction was not a response to criticism.

“Opinions were across the board on the matter”, with people also supporting the college in making the letters available. “One thing we were very clear on was that the nature of the relationship in the correspondence between Fr Leonard and Mrs Kennedy was not confessional.”