Ann Lovett: today is the 35th anniversary of her death

Details of girl’s ordeal emerged last year, when her boyfriend spoke to The Irish Times 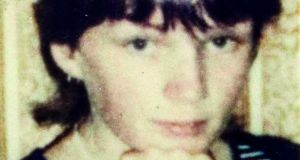 Today is the 35th anniversary of the death of Ann Lovett, who died, at the age of 15, after giving birth to a stillborn baby at the grotto on a hill just outside her hometown of Granard, in Co Longford.

On January 31st, 1984, Ann was found in shock and close to death near a statue of the Virgin Mary there. Her son was dead by the time three local boys found her. Ann died later that day, in hospital.

The tragedy sent shock waves through Ireland as people struggled to understand how a young, heavily pregnant girl and her son could have died alone in this way. For decades the full story of Ann Lovett’s death remained largely untold. Ann would have turned 50 last year.

It was less than nine months ago, after an investigation by Rosita Boland, The Irish Times’s senior features writer, that more light was shed on the story. Boland interviewed Ann Lovett’s boyfriend Ricky McDonnell, and for the first time a picture of the schoolgirl, and wider details of the circumstances of her death, emerged. In November Boland was named journalist of the year for the story.

In the article McDonnell told Boland about their relationship, including how the couple first met in her father’s bar, the Copper Pot, in Granard, when Ann was 13 and he was 15. “I was bowled over. Absolutely bowled over,” he said. “I thought she was funny, she was nice looking, she was friendly. I think she liked me immediately as well. It was like love at first sight.

“Ann was always messing about, always having the craic. She was very sharp, very witty. She could hold her own, she could stand up for herself, about what she thought; she was able to back it up. She was brilliant at drawing. She was intelligent. She was also loving and caring and kind. I could just go on and on, the things to say about her. She was fun to be with, a fun person to be in the company of.”

McDonnell said that the relationship became sexual when Ann was 14 and that she would often stay in his house, where he lived alone, until very late at night.

The couple drifted apart, and were not together when Ann died, but McDonnell told Boland about a letter, discovered after her death, that she had left for him. “I only read the letter once, because I just lost it,” he said. “But the gist of the letter was how much that Ann had loved me, and how sorry she was for doing what she was going to do. She had never meant to hurt me. That she had loved me. That the reason she was doing it was that nobody would believe I was the father of that child.”

Why had he taken so long to speak out? It was “first out of fear, then out of respect”.

Covid deniers: for the sake of the vulnerable, do what’s asked of you
10