A long winter of facemasks, sanitiser and sidestepping awaits

Hilary Fannin: Am I alone in feeling a tad overwhelmed by how things are panning out? 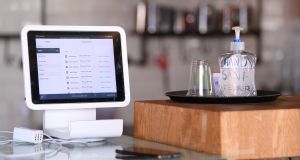 I read with no small interest recently that the British royal family are launching a bespoke brand of gin, inspired by the Queen’s garden at Buckingham Palace.

Infused with herbal notes derived from 12 of her majesty’s botanicals, the list of ingredients for the regal elixir includes lemon verbena, hawthorn berries, mulberry leaves and an overpowering scent of desperation derived from Prince Andrew’s fervent desire to stay on this side of the Atlantic.

According to the Royal Collection Trust, the proceeds from the sale of the much-anticipated tipple will go towards the conservation of the queen’s art collection.

I admire the way the trust is thinking. Maybe we should all be considering selling batches of home brew out of our kitchen windows to raise funds for the preservation of our sanity, now that we seem to be looking ahead to a pandemic-infested winter peppered with face masks, hand sanitisers and lots of sidestepping in the supermarket like flea-bitten tango dancers.

In fact, I’m toying with the idea of fermenting my own particular brew, infused with the boiling blood of teenage boyhood and the pungent aroma of an ancient and increasingly gormless cat.

Oh my giddy aunt, am I alone in feeling just a tad overwhelmed by the way things are panning out? Why, sir, were I to get my veiny hands on a bottle or two of the queen’s dandy little tipple, I might just bathe in it.

Recently, for the first time in months, I sat in café with a mate. I planned to eat two poached eggs. It was a Sunday, the sun was playing cat-and-mouse in the cloudy skies above our nervous little country, and, given that it hadn’t rained in at least half an hour, many folk, my friend and I included, had come out to perambulate along the seafront where the café is located.

Bouncing on the heels of his designer trainers and sighing deeply, he appeared riddled with a misguided sense of entitlement

The recently reopened establishment was doing a thoroughly good job of maintaining social distancing and adapting to the new normal. Prior to sitting down and ordering, we had sanitised our paws and given our names and contact details to the waitress. As we giddily anticipated a dollop of professionally assembled guacamole with our eggs, things felt just dandy.

I watched as the place gradually began to fill with Sunday strollers looking for frothy cappuccinos, each customer waiting patiently on their distanced billiard spot. And although someone at a far table sneezed (mightily, it should be noted), the young staff made themselves reassuringly busy sanitising chair legs and orchestrating a clutch of eager punters who were vying for the one remaining table.

Yes, it was all going swimmingly until an aggravated, obviously caffeine-deprived man, who had been standing at the counter with a pretty, if vaguely disenchanted-looking woman, started to get antsy. Like a bored child he hopscotched around the queue, knocking people off their spots and attempting to stick his big head over the counter to sniff at the vegan cheesecake.

Rattling his keys in his many-pocketed shorts, bouncing on the heels of his designer trainers and sighing deeply, he appeared riddled with a misguided sense of entitlement.

That’s all it takes, I thought, watching his displeasure: just one rapacious man, used to his needs being met, practically licking the icing off a display of pecan Danishes, and the atmosphere gets decidedly edgy.

I wanted to tap him on his manly shoulder and threaten to deposit my dukkah seeds (which the establishment likes to scatter over the eggs) where the sun don’t shine. I’m a coward though, I didn’t do anything of the sort.

Instead, my friend and I decanted our coffees into takeaway cups, said goodbye to the polite young woman behind the counter who was marshalling the queue, and went outside to sit on the sea wall, where it began to rain.

On the way home I started thinking about a café in the Spanish mountains that I visited last year, having milled around a crowded market nearby and bought a deep red pepper and a handful of black cherries from one of the stalls. It was a café I’d been to several times, where an ancient señora sat at the door armed with carpet slippers and a dangerous scowl.

Recalling her now, I saw a job for myself in the uncertain future, as a gimlet-eyed old crone with a couple of bottles of the queen’s home-brewed gin, keeping sentry at a café door and hurling abuse at cavalier, self-important men, letting them know in no uncertain terms that they, like everyone else, needed to get in line.