Haters gonna hate, but the new Ghost is a truly remarkable piece of engineering 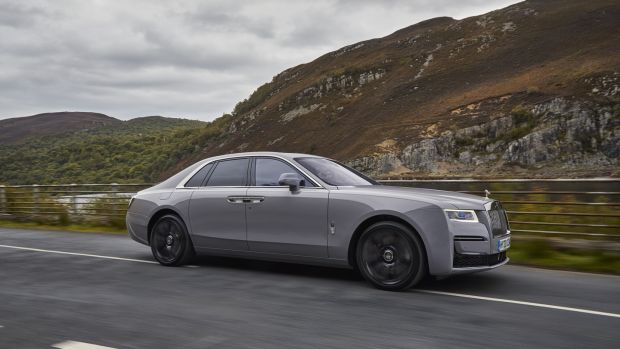 It is difficult, at this level, to make a value judgment. When the car from which you have just alighted costs more (much, much more) than the price of your current house, it is difficult in the extreme to work out just how to judge it. Notwithstanding the fact that it has four seats, an engine, and wheels, just how do you work out whether a new Rolls-Royce Ghost is a good car or not?

Well, you start with the customers, I guess. That’s certainly where Rolls-Royce starts. “I would say that we are probably the single most customer-centric luxury company in the world,” Richard Carter, Rolls’ head of global communications tells The Irish Times. “And I really mean that. We are close to our customers, personally. We know so many of them, they come here to the factory, through our dealer network around the world, and our regional offices. One of the key things that we always do is meet with clients, spend time listening to what it is they’re saying to us about their Rolls-Royce, and about their other cars.”

What those customers said this time around, for the second-generation Ghost, was that less is more, even though more is still more. By that they meant that they wanted a car with the same levels of performance, refinement, quality and so on, but wrapped in a body that’s a little less showy than before, a little less extravagant.

Rolls-Royce describes the Ghost as being built for an era of “post-opulence” when it’s too vulgar to shout and wave about your wealth. Well, surely buying and driving a Rolls-Royce is shouting about your wealth no matter how sotto voce? The fact is acknowledged, but Rolls says that it’s trying to make the new Ghost more of a subtle canvas onto which each owners’ desires and personality can be projected. Such are the vagaries of car production at this rarefied level. It’s certainly a little more bespoke than mere matts and flaps.

So the styling was toned down. Make no mistake, this is still an imposing, and imposingly large car, but the designers have taken away many of the shutlines to create a simpler, more harmonious shape. Even the grille, that patrician beak topped with the famed silver lady mascot, is made from a single piece of stainless steel, painstakingly formed and polished by hand.

Inside, Rolls did consider for a time including more digital technology, more screens, more customisation. No, said its customers. We have all that on our tablets and phones, we have all that with our work. When we’re in our Rolls-Royce, we want to relax and forget about all that stuff. So there is no adjustable sport mode for the gearbox, there is only the one screen in the whole car, and the heating and ventilation controls remain – as they ever should – hefty sculptures of chrome and Bakelite. Even the door panels have been rendered as simply as possible, with a single seam of delicate stitching. Decision making is left behind and you simply… waft.

Complication is there if you want it. The “Starlight” roof lining is chock full of tiny fibre-optic lights, designed to mimic the sky at night, and can even now provide an animated “shooting star” effect for the delight of those in the back seats. Up front, on the dashboard, there is another star field effect, created by almost, but not quite, drilling through piano lacquer with a laser beam, thinning the veneer just enough so that light can get through. It’s a remarkable devotion to detail to use such a painstaking technique for something that other car makers would just do with some LEDs and a dimmer switch.

That perfectionism also explains why you won’t find such driver aids as lane-keeping steering in a Ghost, nor any Rolls-Royce. Such items could be easily snaffled from the corporate cupboards of BMW, which has owned the rights to make Rolls-Royce badged cars since 2003. So why not use them? Not good enough yet, says Rolls. What’s fine for a BMW is not yet at the peak of perfection to deserve the superimposed double-R badge.

It also means that while electric power is coming (“We become ever-more electrified through this decade” says Carter. “But no half-way houses, no plugin-hybrids”.) for now the existing 6.75-litre turbocharged V12 will just, we suppose, have to do. To be honest, it replicates better than most electric cars the sense of driving an electric car – that sense of endless, seamless torque (850Nm of the stuff) pushing you forward in sepulchral silence.

Comfort is paramount, even though the huge 21-inch wheels do mean some inevitable sensations of bumpiness when rolling around at low speed. Up the pace, though, and the Ghost begins to breathe more easily even on a roiled surface. The new “Planar” suspension is clever, a mix of air springs and adaptive dampers, to which the Rolls engineers have added a secondary mass damper – effectively a damper for the damper. The upshot is serenity, and a sense of pliancy that is rare in the modern motoring world. A sense of quietness, too. No wind noise to speak of. Hardly any tyre noise.

Yet it’s surprisingly entertaining in the corners. Ghost owners are as apt to be doing the driving as they are being driven, and so Rolls has factored in some entertainment. The steering is a little dead just on-centre, but once you have half-a-degree of lock dialled into the beautifully slim-rimmed wheel, it comes alive with weighting and feedback. There’s four-wheel drive for effortless traction, and rear-wheel steering for greater agility, so this behemoth of luxury feels surprisingly agile and biddable, and never becomes intimidatingly large. It is, incredibly, fun.

It is also about €600,000 including import costs, or at least the one I was driving would be. It’s just daft, crazy, insane money to be spending on a car, on one car. People do, though. The 1 per cent do, to the tune of roughly 5,000 Rolls’ rolling out of the factory at Goodwood every year.

And you know what? We should be thankful that they do. Yes, there is something distasteful about someone flashing that much cash, but this is not a car in the conventional sense. It really is an ambulatory work of art, of the engineer’s art. So much care and time and dedication and passion and, yes, even love has gone into its construction that you cannot merely dismiss it as a plaything for the rich and shameless. It has a value beyond that.

Mario Rosenstock: ‘The miscarriages were some of the worst things I can ever remember’