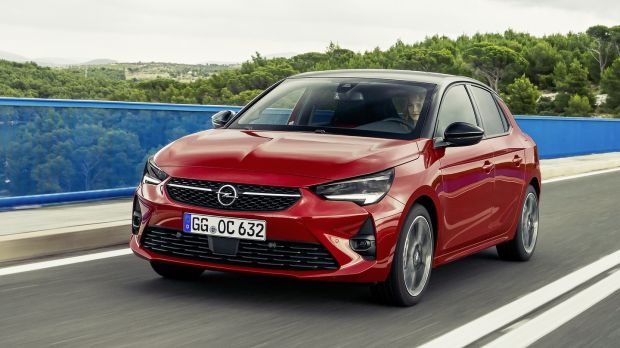 Opel’s new Corsa has been my lockdown car. Unwittingly it has become the first proper Irish Times long-term test vehicle in over a decade.

I now know more about this particular car than even Jürgen Klopp. You see the full-time Liverpool manager is a part-time motoring hack these days. Not content with leading the world’s best football club (Club World Cup champions), the ever-grinning German is the face of new Opel.

Now clearly I wouldn’t expect many people will take supermini car-buying advice from a millionaire football manager, or insurance tips from a meerkat, but I have to give Klopp some road, for as a lifelong Liverpool fan I’ve been offering my opinions on his pitch, albeit from the comfort of my couch.

Needless to say Klopp loves the new Corsa, much as apparently he adores all Opels. He is after all a proud German offering some of the afterglow from his fame to another German household name. Only these days Opel has a certain French accent.

It’s the timing of this Franco-German alliance that makes the new Corsa something of a landmark. You see what Jürgen tends not to mention is that Opel has spent several years in the doldrums. In footballing parlance it’s the Everton of the motoring world, a former league leader now languishing in mid-table for several seasons.

Opel failed to score a single hit amid the SUV craze. Despite having billionaire US owners in the form of General Motors, it stuck rigidly to a playbook that said European buyers love hatchbacks and saloons, which meant it only entered the crossover and SUV sectors in a half-hearted, rather disdainful way. Buyers noticed and looked elsewhere.

As GM struggled to keep itself on the road in the last financial crisis, Opel was largely abandoned to its own fate. Thanks in part to some high-level cross-border politicking, it is now part of Europe’s new motoring powerhouse, PSA, alongside French rivals Peugeot, Citroën and DS. Anyone at Opel who was irked by the takeover by the French giant must be mightily relieved now, for if Opel was still on the auction floor during this coronavirus crisis, it’s likely we’d be writing the brand’s obit.

Which brings us to this Corsa. Some of those who must have cursed the French probably worked on the first iteration of this car. For when the PSA folks arrived they took the three years of engineering design and research already completed for the new generation Corsa and threw it in the bin. PSA wanted this car to share the same underpinnings as its new Peugeot 208. And the Opel engineers had now just two years to do it.

The move was not just French bravado; it made perfect business sense. The Peugeot platform allowed for a sharing of its engine range plus the addition of an all-important electric car to the range, while keeping the original plan designed under GM meant paying the former US owners a licence to use the patents.

But it was no doubt galling to the Germans. Particularly as the new order of things was spelled out – at press conferences in Germany – in French. Post takeover, PSA had the sort of cultural sensitivity Donald Trump is proud to espouse.

The fact the Opel engineers held their tongues and got cracking says a lot about their character. The fact the car is on my driveway on schedule says even more about their technical prowess.

And it’s an impressive little car. Or rather not so little, for like its Peugeot sibling the Corsa is surprisingly roomy inside, at least for those up front. In the rear, while legroom is fine, the Corsa’s sloping roofline and seemingly lowered seating position means it’s not the best in class. The decent boot takes 309 litres with the rear seats up, but that increases to 1,118 litres when they’re folded down.

Ten weeks with a car can reveal a lot, even if the average weekly mileage in the Corsa was often less than I managed to clock up on the activity app on my smartwatch.

I did manage to get it into sixth gear a few times and throw it around a few bends, but most of the time it was sedate urban driving, the sort of trips small cars are mostly accustomed to, in fairness. Living near a motorway gave me the chance to stretch its legs a little and the 96bhp engine seemed potent enough for the car. There’s a nice level of torque that makes the throttle responsive, even if the engine does seem to get a little strained in higher revs. Steering feel is smooth, but there could be a little more feeling from the road.

The ride quality is also surprisingly accomplished, soaking up the city speed bumps without too much jarring in the cabin.

In some ways the Corsa feels a little bit sharper in its handling than the Peugeot with which it shares its underpinnings. It feels ever so slightly lighter and more nimble. It’s still not up to the levels of responsiveness of the Ford Fiesta or the light touch of the Seat Ibiza, but it’s much better than what has gone before under the Corsa name.

And one noticeable difference over its predecessor – and rivals – is in terms of the cabin silence. Even at higher revs, the Corsa is remarkably refined when it comes to noise pollution. It’s impressively well insulated.

Of the downsides, there are a few and they begin inside. The interior is drab, despite Opel’s best efforts.

They have certainly made big improvements ergonomically compared to the outgoing model and the cabin looks more modern, but then so has every brand’s new supermini of late. The Renault Clio, for example, is really impressive in this regard. And Peugeot has earned acclaim for its cabins over the last few years. The new 208 followed suit and the car itself has won the coveted European Car of the Year title. So why not take your cue from them? Perhaps German pride got the better of Opel in this regard and they were determined to make their mark. It’s a pity, for the end result, while good, could have been so much better.

The big problem for Corsa is that while it’s currently Opel’s best-selling model, it’s entering an incredibly crowded marketplace, and one that boasts some really impressive rivals. Starting with its cousin the Peugeot 208, while Opel is being pitched as the sporty alternative, the reality is the Peugeot looks sharper and feels better to drive. It’s a far more striking proposition. Looking farther afield there’s the Fiesta, still the benchmark when it comes to driving fun, the VW Polo, which is as good as a Golf in many ways, the radically improved new Renault Clio and our favourite all-rounder in this class, the Seat Ibiza.

While Klopp might sing its praises, in my league table it’s looking set for a top-five finish rather than the league leader’s slot.

For Opel, the future looks much brighter. Tapping into Peugeot’s crossover success should be a gamechanger. The French brand boasts an award-winning SUV range that Opel can make their own. It also has electric plans well in train. Those lucky enough to get a peek at the future Opel model line-up have come away smiling and positive for the brand.

Whether it can define itself as the sporty brand of the group remains in doubt, but the future is a lot brighter than it was three years ago. And if they want to see how quickly fortunes can turn, just ask Klopp.

‘Your baby’s heart has stopped’: Hell and healing after the stillbirth of my son

Modernised three-bed Victorian on a quiet Ranelagh road for €1.375m