What sold for about €650k in Dublin 4, Foxrock, Portobello and Rathfarnham 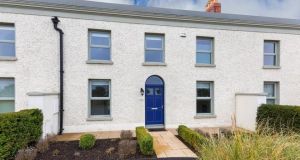 31 Hermitage Park, Rathfarnham, Dublin 16
Four-bedroom detached house of about 140sq m in the same family for 39 years but meticulously maintained and updated. Gardens to the front and rear and it overlooks a large communal green.
Asking: €635,000
Sold: €652,000
Difference: 3%
Agent: Savills

26 Kingsland Park Avenue, Portobello, Dublin 8
This redbrick three-bed house looks a lot like its neighbours but in fact was built in 2012. The 95sq m interior includes a large livingroom with fireplace, and a main bedroom suite that includes lots of eaves storage.
Asking: €650,000
Sold: €640,000
Difference: -2%
Agent: Sherry FitzGerald