What do Ireland’s biggest builders and landlords earn? 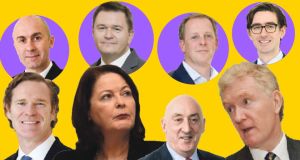 Those investors who stepped in following the economic crash to establish vast rental portfolios and start building houses again have seen their fortunes rise substantially as they broadened their reach on the country’s housing market.

Institutional landlords like Ires Reit now have the largest portfolio of rental properties while new home builders like Cairn and Glenveagh are behind developments like Parkside on the Malahide Road and Proby Place in Blackrock, with plans to build thousands more.

So at a time of rocketing rents and double digit price growth, we take a look at the remuneration packages (published in the annual reports) of some of Ireland’s largest home-builders and landlords to see who are the people cashing in on the property boom?

Hibernia Reit
Wouldn’t we all love this; a remuneration review that found “insufficient distance” between our salary and the level below us, requiring a hefty salary increase as a solution.

Well, this is just what happened at Hibernia Reit, which as well as a residential portfolio that includes Wyckham Point in Dundrum, specialises in the Dublin office market.

While shareholder advisors like Institutional Investor Services may have objected, arguing that the rationale was “not considered to be sufficiently compelling”, the pay hike went ahead.

This new salary structure is in place following the investment company’s decision in November 2015 to “internalise” management of the company; this move led to a €39.9 million pot of stock and cash being shared by the company’s founders.

Ires Reit
It’s Ireland’s largest private landlord, with about 2,500 properties under its control in Dublin, and at a time of record rents, it’s probably no surprise to learn that its executives are making hay while the sun shines.

Founding chief executive David Erhlich made about €7 million during his tenure from 2014-2017, while his successor, Margaret Sweeney, is paid a base salary of €330,000.

But this is really only the starting point. She is also entitled to a bonus of up to 100 per cent of her salary, or another €330,000; 15 per cent of salary goes into her pension; she gets a €20,000 “benefits” allowance; and potentially most lucrative of all is the company’s long term incentive plan.

Upon her appointment, Ms Sweeney received options for over two million shares under this plan, and is also entitled to be awarded options to acquire 3 per cent of the number of shares issued by the company from time to time.

Cairn Homes
Pioneers of the founder share approach, this sees the founders of the publicly quoted homebuilder, chief executive Michael Stanley, his brother Kevin, chief commercial officer, and Scottish accountant and serial entrepreneur Alan McIntosh, granted a bulk of shares which they get to convert into ordinary stock once certain targets are met.

For Cairn Homes the rationale behind the scheme, which promises a big pay-out, is that the founders transferred properties and land, including 50 acres of Stanley family land on Dublin’s Malahide Road, before the stock market launch.

The deal gives the founders “up to” 20 per cent of the company’s total returns over a seven-year period, and it has already started to pay out. So far, some 53.7 million founder shares have been converted, generating some €77.5 million for the founders.

Glenveagh Properties
Also a fan of the founder share approach are chairman John Mulcahy, chief executive Justin Bickle and chief operations officer Stephen Garvey of Glenveagh Properties, a scheme which will allow the founders to share 20 per cent of the company’s total shareholder return.

The three have a total of 200 million founder shares– split 90 million each for Bickle and Garvey and 20 million for Mulcahy – worth about about €193 million in total, based on a stock price of on €0.968 on October 2nd. They will only convert subject to certain conditions.

Of course this is only one element of their remuneration package. Bickle had an annual salary of €450,000 for 2017, while Garvey has base pay of €350,000, plus a potential bonus of between 70 – 100 per cent of salary, if targets “at a challenging level” are met. No annual bonus was paid for 2017, its year of listing on the Irish Stock Exchange, and the first bonus payment will be made for the 16 months to December 31st, 2018.

Abbey
The old one among the pack, Abbey builds houses across the UK, Ireland and the Czech Republic, and includes divisions such as Kingscroft. Unlike other listed housebuilders, it does not offer share options or long-term incentive plans, so executives are remunerated just by their salaries.

Lucky then that salaries are so generous. Executive chairman Charles Gallagher was paid a salary of some €1.065 million in the year to April 30th, 2018, with a further €43,000 in other benefits. Executive director Lorenzo Fraquelli received a salary of €439,000, plus a further €23,000 in benefits.

If listed property developers are raking it in; property prices are soaring; and rents have topped previous records, then surely shareholders are on the pig’s back too?

Curiously, this is not the case. Shares in Cairn Homes are down by 20 per cent in the year to September 16th, with Glenveagh down by 13 per cent.

The reasons are myriad and unclear; rising construction costs, a slower price inflation rate for new homes, and a general lack of love for housebuilders across Europe have been cited as some of the reasons. Writing in this newspaper, markets correspondent Joe Brennan has also suggested it could be a case of original shareholders cashing in their chips.

But it’s not just shares in Irish homebuilders which are struggling; UK homebuilder Barratt is down by 14 per cent over the same period, while Taylor Wimpey is down by 13 per cent, and Spain’s Neinor Homes is down by 16 per cent.

How do property salaries compare?
While the executives of Irish listed property companies may look to be well rewarded, how do they compare with the remuneration packages of others in their space?

For larger companies, the annual remuneration packages – which don’t cover the executives’ existing shareholdings – can also be larger.

CRH for example, had revenues of about €27.5 billion in 2017, and its chief executive Albert Manifold was paid a salary of €1.442 million. In total however, his package for last year was €8.7 million, incorporating an annual bonus and long-term incentives. Ryanair’s Michael O’Leary received €2.3 million, while Glanbia chief Siobhán Talbot was paid a package of €1.94 million, while Irish Continental Group chief executive Eamonn Rothwell got €2.76 million.

Looking for a nifty home-working desk? This Irish designer model could solve your problems
9